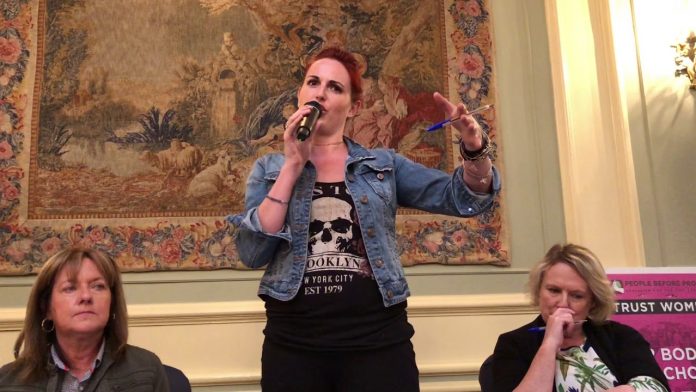 Fianna Fáil chief whip Jack Chambers, Fine Gael Minister of State for Roads Hildegarde Naughton, and Green Party senator Pippa Hackett, a junior minister in the Department of Agriculture, will receive the pay increase bringing their salary to €140,000. There has been considerable back-lash to the pay hike. People Before Profit cllr Adrienne Wallace has said that “TDs are already massively overpaid” and has called for all TDs to be on the average wage. She said it is a policy that is currently practiced in her party.

Cllr Wallace added “It is absolutely shocking that the government is throwing more money at junior ministers on already inflated wages while they cut the pandemic unemployment payment by €50 to families. Thousands of people have lost their jobs as a result of this pandemic and Fianna Fáil and Fine Gael with the help of the Greens are now rolling back their welfare and pushing them into poverty. We must resist any cuts to people’s livelihoods. This pandemic has shown us who the essential workers are in society and while the nurses still fight for better conditions the politicians are quick to line their own pockets with public money”.

Cllr Wallace concluded “This is a clear sign from the government that it will be more of the same old politics despite the huge vote for change. People Before Profit TDs only take the average wage and we are calling for this to be the norm for all TDs. It was revealed in the last Dáil that half of all TDs were already millionaires. We need to have more ordinary people in politics and fewer who are in it to make themselves and their elite circles rich.”