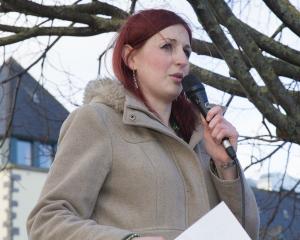 People Before Profit branches in the South East call for support for the newly established group promoting the reopening and development of the South East Rail network linking Enniscorthy, Rosslare to Waterford and on to Limerick.

PBP Cllr Adrienne Wallace who is based in Carlow said “The folly of our ways in ripping up rail infrastructure has been well highlighted both nationally and internationally. Global trends are to reopen and develop these historic routes for a variety of reasons.” The New Ross Representative, Sue Breen said “Emission reduction will involve serious moves away from the car culture that has dominated our society for decades, this will require huge investment in Public Transport. People Before Profit do not accept that the responsibility lies with the citizen to purchase electric cars but with the government to provide transport options that are inclusive and environmentally sound.”

PBP Waterford Rep Una Dunphy added “This is an extremely welcome campaign; we need to use our established rail-lines to deliver a public transport system that connects the towns and villages of the South East. The area has been allowed to deteriorate but with serious, necessary investment this region could reach its full potential as a quality corridor for the 510K population along with tourism and freight transport.” Deirdre Wadding, who was previously a councillor for PBP in Wexford said “The move to remote working has offered possibilities never before realized. Workers who are forced to live in the unaffordable capital or endure a daily commute that eats into hours of their time could become a thing of the past, if transport networks were developed. Many stations along this line allow for housing next to rail stations with endless possibilities for repopulation of rural towns and villages.”

The Tipperary Representative, Anne Wall concluded “The idea that public transport needs to be profitable is now outdated. It is being provided free in many European countries as it is an essential service. We are already paying out fines for failing to meet our emission targets, we need to put our money to better use and develop the South East as a well-connected corridor, outside of car dependency, both for the people living here and for those who will visit.”

As a starting point People Before Profit supports the 4 demands of South East on Track, which are: