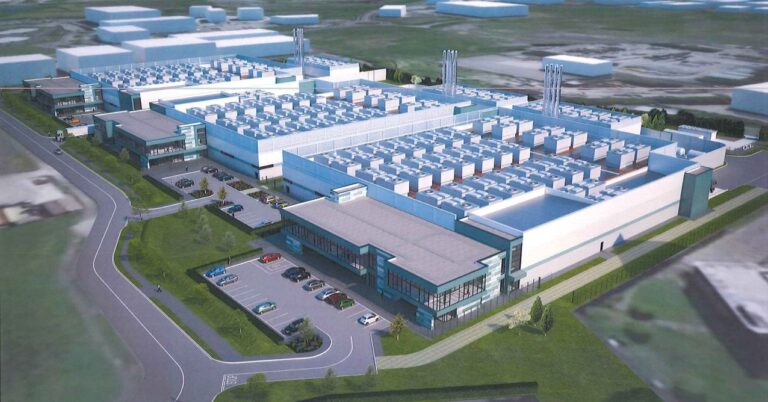 Next Thursday, People Before Profit will introduce its Climate Emergencies Bill in the Dail. The bill would ban future data centre planning permissions. It would also ban Liquified Natural Gas planning permissions and prohibit any development in fossil fuel infrastructure except in limited circumstances.

They consume vast quantities of energy and water and their continued growth is utterly unsustainable if Ireland is to reduce its energy consumption to reach its climate targets under the Paris Treaty.

This is true regardless of how much renewable energy these centres claim they will use to power themselves. We will need that renewable energy to replace fossil fuel produced energy. If it goes to powering Data centres it will leave us still reliant on oil and gas in the future.

There are 70 Data centres operating now and eight more are under construction. 30 more have planning approval and more are being proposed. At present they consume 11% of all electricity produced in the state. By 2030, this will rise to almost 30% of all power used. By 2030, they will consume over half of all renewable energy produced in the state.

If Amazon’s plans for its Data centres in Dublin proceed, they will use 4.4% of Ireland’s entire energy capacity, the same as 1.5 million households according to a Greenpeace report.

The growth of Data centres here has no parallel elsewhere. Globally, Data Centres on average consume about 2% of the power produced, but Ireland is an outlier with its present level of 11% of energy consumption and the predicted total of almost 30% of all electricity by 2030

Eirgrid has warned that the expansion of Data centres is placing Irelands electricity system under such pressure that it could lead to power cuts, The authority responsible has issued 7 so-called “amber alerts” which are advance warnings of possible power shortages in the last 15 months, primarily because of the expansion of Data Centres which have increased by over 25% in the last year alone.

A recent report said that the state would have to invest over €9 billion by 2027 in the generating and network assets of the state just to facilitate the proposed expansion of Data centres. This comes at a time when the state needs massive investment in these networks anyway to switch away from fossil fuel use.

Data centres also require millions of litres of water each day to cool their servers. Average data centre use is estimated at 500,000 litres of water a day, but as extreme weather events become more frequent there could be ever greater demand on Ireland’s water supply.

A government reply to a Parliamentary Question claimed that each centre could only have between 30 to 50 permanent jobs when completed.

The demand for electricity driven by Data centres is likely to lead to sharp price rises in electricity. This is at the same time as Government will hike carbon taxes by another 7.50 euro per tonne on to ordinary people this year. That means the tax will rise from the current 33.50 to 41 euro a tonne and is applied to fuels like solid fuels, coal, home heating oil, and petrol and diesel.

It is claimed that data centres are a part of modern life and that it’s hypocritical to attack them as we all rely on them from using emails to watching Netflix.

But Ireland houses a hugely disproportionate amount and they are undermining our climate targets and our sustainable use of water and renewable energy. The People Before Profit bill proposes to limit their future development – it won’t stop email or Netflix tomorrow.

But there is also a much deeper argument here. The growth of data centres globally is not about great improvements in peoples lives, big business amasses huge amounts of data to monitor and survey people’s habits.  It harvests and commodifies that data for its own purpose. As long as we allow unfettered expansion, we can never hope to deal with the climate crisis.