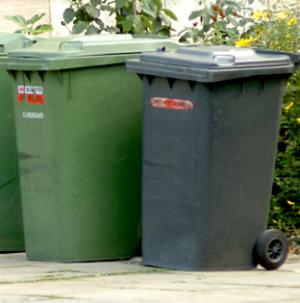 In a statement, Cllr Richard Boyd Barrett of the People Before Profit Alliance (PBPA) has said the announcement today by SIPTU that Dun Laoghaire-Rathdown Council workers will strike against County Manager, Owen Keegan’s, plans to discontinue the Council bin service, were entirely justified.

PBPA said the Manager’s recent announcement of his plan to discontinue the service was the culmination of a long term campaign to privatise waste collection, which began with the introduction of bin taxes ten years ago.

PBPA said that the introduction of bin charges and the commercialisation of waste collection was rigged from the start to favour the private operators and now opened the way for the privatisation of water and other vital services.

PBPA said that private operator PANDA now had a virtual monopoly of waste collection in Dun Laoghaire-Rathdown, and that even if its charges were slightly lower currently, they would increase in years to come, as had happened everywhere else in the country.

PBPA will hold a public meeting on at 8pm on Wednesday July 21st in the Kingston Hotel in Dun Laoghaire to discuss ways to oppose privatisation plans and unfair service charges.

Cllr Boyd Barrett said: “The plan to privatise the bin service is an entirely regressive move. Despite promises from PANDA to keep charges low for now, in the long term, they will have a monopoly and will able to charge what they like.

Suggestions from the County Manager that the move to privatise was a recent decision are nonsense. As we said, when bin taxes were introduced back in 2000, charges were not just unfair, they were first step in the privatisation process. All along, the agenda of the government and the Council was to privatise the service, just as they have done to bin collection services all over the rest of the country. All the main political parties in the Council voted for bin charges over recent years – they should hang their heads in shame now.

The only reason it has taken them so long to get to this point in the Dublin region is because of the mass campaign of non-payment of bin taxes. While most people were not paying they couldn’t fully privatise the service. However, through bullying and harassment, over many years, they have forced many people to switch to private operators. This was all quite deliberate. They now feel confident to move against what is left of the Council service.

Right from the beginning the whole thing was rigged in favour of the private operators. The proof of this emerged clearly a number of years ago when the Council sold its own wheelie bins that were worth €40 each to PANDA for €1 each. The Council deliberately allowed PANDA to undercut them even though they were losing customers hand over fist. It also looks as if the Council gave PANDA access to their customer databases so that they could target people and try and get them to switch over.

Even at this late stage the public should continue to protest against the privatisation of the service and support the Council workers if they take action. This is not just about the bin service, the next step will be charges and privatisation for water, and then other Council services will follow.

Service charges and privatisation always hurt the poor and the less well-off. Many people simply can’t afford them. It’s an absolute disgrace that debt collectors are harassing pensioners and low income families for bin charges they just can’t afford. With more unemployment, cut backs and soon water charges on the way, this situation is going to get worse. Access to vital public services should not depend on whether you can pay or whether someone can make a profit out of you. Vital services should be available to all and paid for with a fair and progressive tax system based on ability to pay.