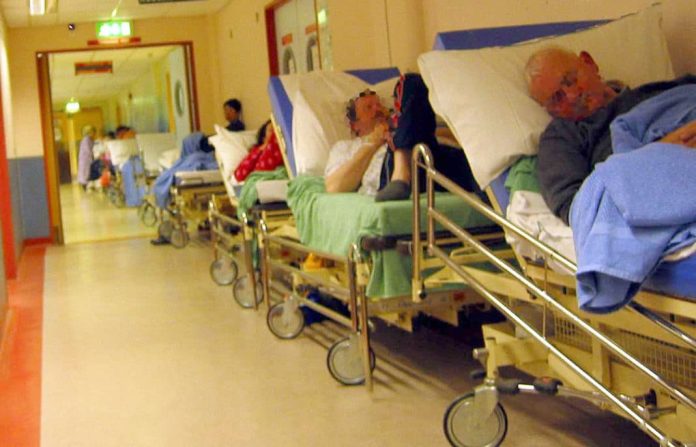 An email sent to the HSE by Dr Brendan McCann, the head of the emergency department at University Hospital Waterford, has warned of horrific consequences.

Dr McCann pointed out that research in Britain showed that 1 in 83 patents die as a result of waiting over 6 hours in emergency departments.

He wrote that ‘At UHW, this is about two a week or more than 100 a year. I would also point out that our waits are longer than six hours so the figure is likely to be higher.”

Yet this is only one hospital and if we move on to the national figures, we are talking about hundreds of people dying every year as a result of the trolley crisis.

Moreover, as Dr McCann says, figure could be higher because patients are waiting for longer than 6 hours in many hospitals.

An immediate campaign must be started to raise the salaries of nurses and doctors so that hospital wards can be staff. Private hospitals should be brought into public ownership and integrated into the health service. Serious measures must be taken to save lives.