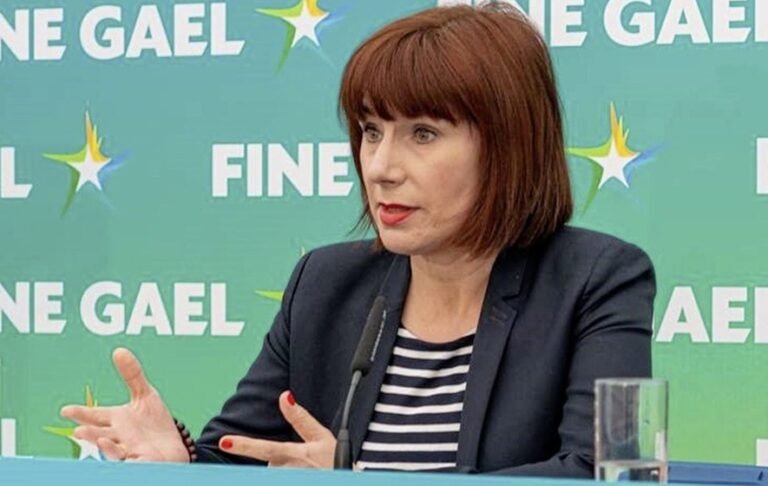 The horrific murder of young woman Ashling Murphy has led to an outpouring of anger and devastation, and a renewed focus on the epidemic of gender based violence in our society.

There are no right words to ease the unthinkable horror of this heinous crime. But there are wrong words. Like the words of Joshepha Madigan this morning with Pat Kenny on Newstalk.

The Minister said she would be running ‘inside the gym” instead of outdoors. She said ”this should be a watershed moment” and talked about options such as safety apps and panic buttons for women. This is a highly irresponsible and inadequate response from the Minister, and falls astonishingly wide of the mark when it comes to actually tackling gender based violence in our society.

Should women simply never leave their homes again in order to avoid being murdered?? Oh hang on, that won’t work, seeing as most incidents of femicide are perpetrated by an intimate partner or ex-partner of the victim.

Madigan and others in government who hold her attitude might have to consider that the it is not the responsibility of women to change our behaviours or our routines.

They might have to consider the social structures and institutions they preside over that create such a breeding ground for misogyny in our society.

Running in a gym, and installing panic buttons will not do much good if the gardaí continue to ignore 999 calls from victims of domestic abuse, like the 3,000 calls they diverted in 2019/2020.

Sexism and misogyny will continue to run rife as long as the state fails to provide non-ethos based sex education in schools.

What about the fact that we have only 140 domestic violence bed spaces in all of the country, and many counties do not have a shelter at all?

The horrific attitudes and sexism that pervade society does not come from nowhere. It starts at the top – in our laws and our institutions, and it filters down into our media, our culture, and our daily lives.

The violent murder of Ashling Murphy has provoked not only fear and sorrow, but rage too.

In London, the killing of Sarah Everard by a police officer saw a massive protest of women on the streets, though the MET police clamped down on it. But women are no longer accepting that violence and fear is just an inevitable aspect of our lives. We will not change our behaviour. We say it is society that must change.

We gather at the Dáil tomorrow evening for a vigil for Ashling Murphy – outside the Dáil from 4-5pm.

Official figures indicate that at least 164 people died and 8,000 have been arrested after Kazakhstan’s President told his troops to ‘shoot protestors without warning’.

Once again another opportunity to address the dire housing crisis that faces so many young people and families in Dublin Bay North has been lost.