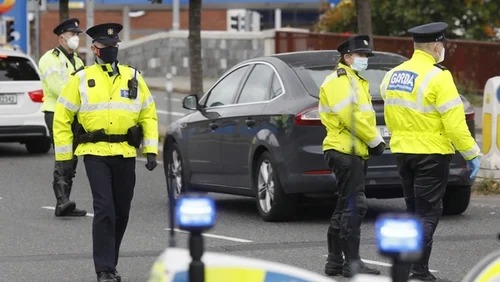 In a statement, Richard Boyd Barrett TD for People Before Profit has said new public health restrictions planned for Dublin were “sadly necessary” given a rapidly rising infection rate but that they “reflect a failing and incoherent strategy” on the part of government to fight the Covid 19 virus.

He said, “the government’s failure to plan for and resource permanent capacity building in key areas such as test and trace, health and ICU capacity, school infrastructure and teacher numbers is now coming back to bite us all with a vengeance.”

He also pointed to the total inadequacy of the response to Covid outbreaks in meat-plants and “the failure to properly empower workers to blow the whistle on workplace breaches of health guidelines.”

Deputy Boyd Barrett said that in several key areas the government “has not only failed to do things it should have done but is doing precisely the opposite of what needs to be done.”

As examples of major mistakes made by the government in the wrong direction, he pointed to the return of private hospital capacity to the private sector; a reduction in the numbers of ICU beds in the system since April/May; actual cuts in teacher numbers in 428 schools when more teachers and smaller class sizes were needed; the lifting of the ban on evictions driving people into overcrowded and unsafe settings; cuts in the PUP when social and economic solidarity with those losing employment because of the pandemic was more needed than ever.

He also said what he described as “the political management of data around the where and how of Covid 19 infection and transmission is undermining public confidence in health measures.”

“The new public health restrictions in Dublin are sadly necessary to deal with the alarming rise in Covid infection rates. However, they also reflect the failure and incoherence of the government’s strategy to defeat Covid 19.

“If we are to defeat Covid 19, we do not need a strategy that is based on constantly skimming the edge of a cliff the entire time, which is what we seem to be doing.

“Incredibly, they have also allowed ICU capacity to fall back again and reverted to a two-tier health system, when more than ever we need permanent and dramatic increases in ICU and general healthcare capacity and a fully integrated system including an integrated and coherent nursing home system.

“The commitment to re-open the schools has not been matched by a major teacher recruitment campaign and sufficient resources being put into increase school infrastructure and reducing class sizes. Incredibly, we discovered in a Parliamentary Question this week that 428 schools have actually lost teachers, when we actually need more teachers in every school.

“The decision to go ahead with further cuts to the PUP payments is also a dangerously misguided decision on the part of government, that betrays the “all in it together principle” which has underpinned public buy into harsh and difficult public health restrictions. The workers who have lost the most as a result of covid restrictions: taxi drivers, arts, music and entertainment workers, bar workers, many caterers and cleaners are now being financially punished when they need support and solidarity more than ever.”