“Misplaced Optimism Is As Dangerous As Climate Denial,” Says Td 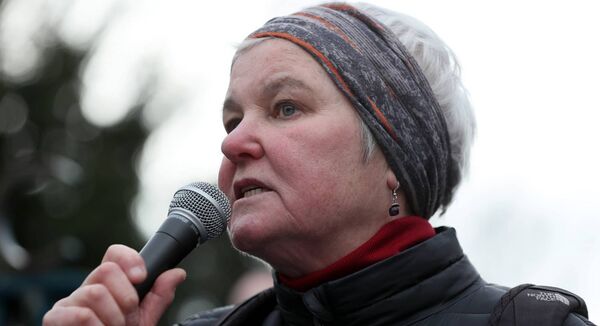 Reacting to the outcome of the COP26 conference in Glasgow, People Before Profit climate spokesperson, Bríd Smith TD, said that the misplaced optimism of some, including Minister Eamon Ryan was as dangerous as past denial of the climate crisis. She added that “the Irish government’s policy doublespeak is part of the global problem”.

The TD was reacting to the end of the COP26 conference which many activists and campaigners described as “infuriating and disappointing”.

Deputy Smith said the problem was not just the last-minute insertion of the words “phase down” as opposed to “phase out” of coal as inserted by India in the final text.

She said: “The problem is much deeper, and this is what the young people are reacting to. Like its predecessors, over 25 other COP conferences, COP26 was high on rhetoric and low on actual steps to achieve the goal of limiting warming.”

Deputy Smith highlighted the continued influence of fossil fuel lobbyists, the continuation of off sets and market mechanisms to drive reductions along with the hope for future technology to capture emissions as part of the deeper problem.

She said: “The reality at present is this conference confirms we are heading for a 2 degree plus level of warming, an effective death sentence for large parts of the planet and no optimism or looking on the bright side will change that.

“The deeper problem that this highlights is that we can’t have both an economic system addicted to fossil fuels and its profits and achieve our most basic climate targets. That is what many millions are realising. Far from been pessimistic, those campaigners will renew the fight in the years ahead and hold all governments and corporations responsible for the failure that is coming.”

The TD also drew attention to Ministers Ryan’s optimism in contrast to his Governments actual policy.

“Nothing highlights the deeper problem we face more than a government supporting a global reduction of 30% in methane but aiming for 10% nationally, or supporting a 51% cut in emission while also supporting continued unbridled growth in data centres”

On November 16 at 12 noon, a protest will be held at the Data Centres Ireland event at the RDS in Dublin calling for an end to proliferation of data centres in Ireland.

At the November meeting of Carlow Council members were asked to approve sending a delegation from Carlow Council, consisting of the cathaoirleach, Cllr Fintin Phelan, to Algeciras

University Bosses Should End Disrespect For University Lecturers And Staff

People Before Profit Cllr Shaun Harkin said, “University bosses need to take stock of the resounding vote by lecturers and staff for strike action over