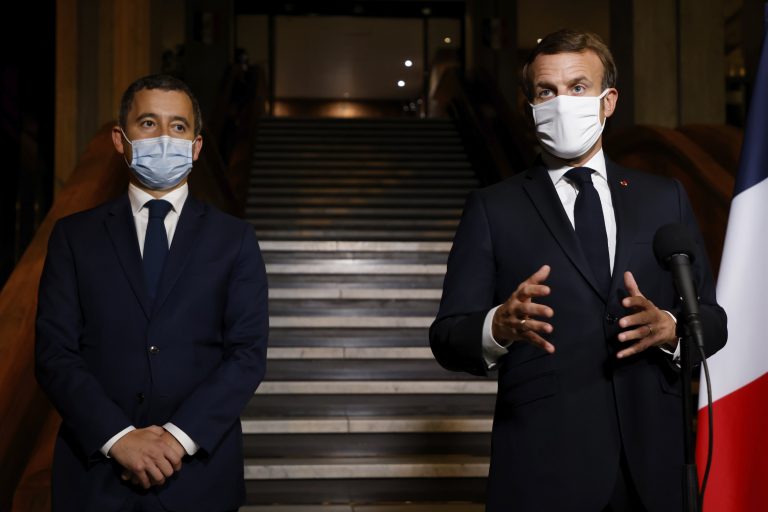 The French President Emmanuel Macron has announced ‘a charter of republican values’ and a wide ranging series of measures directed at France’s Muslim population and given the French Council of the Muslim Faith a 15-day ultimatum to accept the charter.

On Wednesday Macron unveiled a bill which includes measures such as:

All this is being done in the name of combating ‘Islamist terrorism’ and ‘separatism’.  This has been accompanied by inflammatory rhetoric in which Macron states that ‘France will never give in’ and his interior minister, Gérald Darmanin, says in Le Figaro, “We must save our children from the clutches of the Islamists.”

People Before Profit is fundamentally opposed to this continual singling out and demonization of the Muslim community by the French State which has been continuing over many years and has included attempts to ban the hijab and control the dress of Muslim women.  We believe this policy is both deeply Islamophobic and racist and will prove counterproductive. In some ways it is similar to, but also even more oppressive than, the response to the Irish in Britain during the Troubles. It is likely that it will simply generate more terrorist attacks in response.

Writing in Ireland it is necessary to understand the difference between the role of ‘secularism’ in Ireland and France. In Ireland the demand is separate Church and State is necessary and progressive. People Before Profit campaigns strongly for it. It means the Catholic Church should not hold any privileged position in the State or control schools and hospitals and everyone should have the right to practice the religion of their choice.

In France secularism (or laicité) is a demand which goes back to the French Revolution of 1789 and was fought for by the socialist movement in the 19th century and established by law in 1905. But France, like Britain, was a highly oppressive imperial power, with the heart of its empire concentrated in Muslim North Africa, above all Algeria. Moreover France fought to hang on to its empire through an extremely brutal colonial war in Algeria (1954-62) which, like all such wars, encouraged the spread of racist sentiments.

At the same time, just as the post-war boom in Britain drew in immigrants from the West Indies and the Indian sub-continent (and Ireland) to meet labour shortages, so France attracted large scale immigration from North Africa with the result that France has the largest Muslim population in Europe. But this population has always been subject to widespread racism and the banner of ‘secularism’ has been used as a cover for this by the French State.

Secularism and the separation of Church and State means the State and its institutions should not be religiously affiliated and no religion should be privileged in schools and education. It does not mean restrictions on the rights of citizens to practice the religion of their choice or that religious minorities should be subject to continual State, political and media harassment.

For socialists who fight for the unity of all working people it is particularly important to understand that in France, as elsewhere, this can only be realised on the basis of combating  all racism and Islamophobia.

At 7 pm People Before Profit will host an hour of story and songs for workers. The event will be on Facebook Live and YouTube