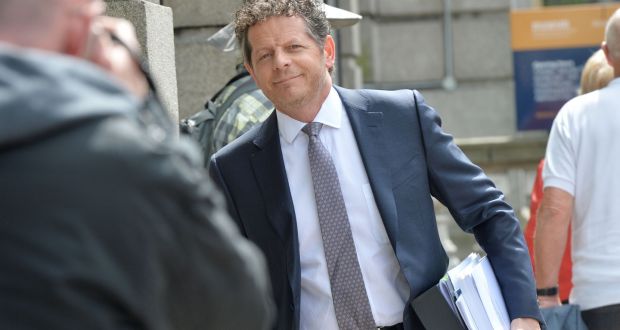 The government is pushing through a bill to create a Land Development Agency and its main purpose is the privatisation of public land.

The new agency will remove control of local authority land from elected councillors. They will do deals with private developers, but these will remain secret, protected by rules of ‘commercial secrecy’.

The chair of the Land Development Agency, John Moran, has an interesting history. He is a former Chief Executive Officer (CEO) for Zurich Capital Markets and during his tenure as CEO  the firm was fined $16 million by the US Securities and Exchange Commission for aiding and abetting four hedge funds in illegal activity.

He was appointed Secretary of the Department of Finance between 2011 and 2014. After he took up that post, contact between the Irish state and the vulture funds increased dramatically. Officials from the department met with representatives of the private equity funds no less than 65 times between 2013 and 2014. This was a staggering level of contact and in sharp contrast to a tiny number of meetings – five- held with groups advocating for mortgage holders.

It is an indication of what is to come with the Land Development Agency.

One of the main buyers in Ireland’s current housing market is large vulture funds who are buying up property for rental income.

The biggest of these funds is Canadian-owned Ires Reit, which is now the State’s largest private landlord with just under 4,000 rental properties. It recorded a 30.2 per cent increase in net rental income in its latest half-year results despite the pandemic.

Yet despite this, Ires Reit pays hardly any tax. In 2019, for example, Ires Reit reported a total profit of €86.3 million and paid no corporation tax.

The Land Development Agency is likely to sell off public land to these vultures on the pretext that they are increasing the housing supply. The reality, however, is that we are being fleeced with high rents and most young people are no longer able to save to buy a house.

There is a  better way.

The state could embark on a massive programme of housing building on public land. They could build huge numbers of social housing to tackle Ireland’s continuing housing crisis. They could create a scheme for genuinely affordable homes.

But all of this would demand a break from the policies of Fianna Fail and Fine Gael. We need a genuine left government to change course.

The G7 club of the rich western countries – meeting on Feb 19 – is in the spotlight for hoarding surplus supplies of vaccines. Scandalously,

Mícheál Martin announced last night that “strict” restrictions will be extended for 9 more weeks. His government’s decision to lift restrictions for 3 weeks in

The announcement that a level 5 lockdown could be extended until late April or May has highlighted the huge pressures on people. To alleviate this,

1 Year On From A Historic General Election – Socialists Have Held this Government To Account.

We are now 1 year on from a historic general election, which saw the biggest shift to the left amongst voters in the history of

Restore The Pension Age To 65

Heather Humphreys announcement that those over 65 will not have to sign on for Job Seekers Alliance is a concession to widespread anger.  But there