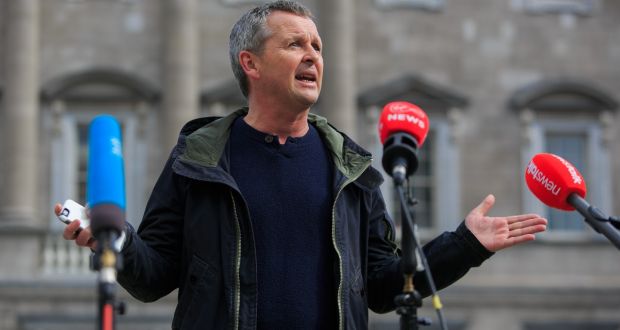 People Before Profit TD Richard Boyd Barrett has said that Supreme Court Judge Séamus Woulfe must now resign his position following the resignation of EU Commissioner Phil Hogan because of their attendance at the Oireachtas Golf Society dinner last Wednesday.

The TD said that the separation of powers was “thrown to the wind” with the attendance of Justice Woulfe at the dinner which had politicians, broadcasters, vulture fund lobbyists and other members of Irish high society in attendance.

He said: “Following the resignation of Phil Hogan from the EU Commission it is important now that Justice Woulfe do the right thing and resign his position as a Supreme Court Judge. The government has been very quick to hide behind this separation of powers argument. However, it is clear that there was absolutely no separation of powers at the Golf Gate knees up in Co Galway last week. The judge was joined at the dinner by politicians, an EU Commissioner, vulture fund lobbyists, media personalities and others. It is clear that the so-called separation of powers was thrown to the wind at the Oireachtas Golf Society dinner.

“As the former Attorney General until July of this year, Séamus Woulfe would have signed off or possibly even drafted emergency covid legislation and would have been line familiar with the public health guidelines. So, it is simply not credible that he did not know that attending a party of this sort did not involve a major breach of public health guidelines. Given his former role and his position on the highest court in the land and following the resignation of Phil Hogan he really has no choice but to step down.”