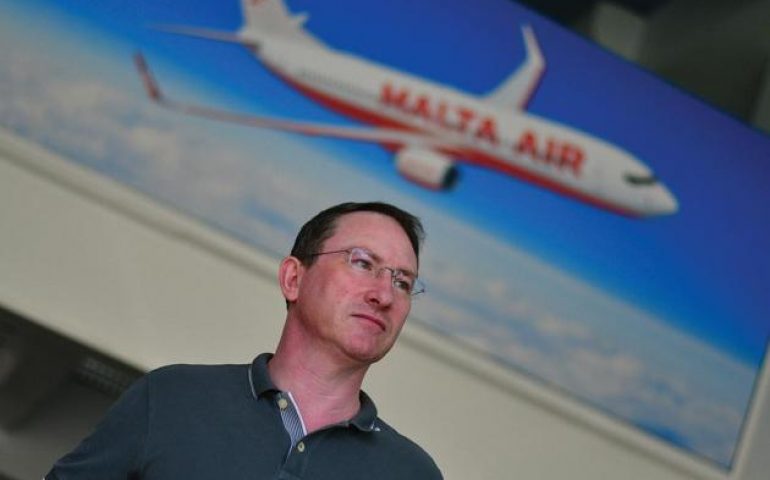 A senior Ryanair figure has been appointed to head not just the Irish Aviation Authority but a revamped authority that will combine the duties of air safety with consumer protection. Diarmuid O’Conghaile is currently head of Ryanair’s subsidiary at Malta Air.

O’Conghaile has refused, as CEO of Malta Air, to recognize or negotiate with unions representing workers. Like other Ryanair executives he has learnt his trade from Michael O’Leary in a company that hates workers rights and bullies anyone who stands up for their rights.

He was appointed by the Board of the IAA, and Eamon Ryan congratulated him on his appointment!

The technical term that Political scientists use is regulatory capture; (they usually mean where trade unions have some influence on the public service and regulations affecting workers); but here literally a serial abuser of workers and passengers rights been put in change of the Irish states regulatory body for aviation.

Irelands existing aviation authorities (the IAA; which is meant to regulate airline safety issues) and the Commission for Aviation Regulation (CAR; which regulates passenger rights and consumer issues) are already weak and have failed to hold airlines like Ryanair to account for routine abuse of passenger rights.

Ryanair have often flouted rules that meant compensating passengers for delays or cancellations and the Irish bodies never took them to task. When Ryanair cancelled hundreds of flights in 2018/19 it was other European authorities that had to insist they adequately compensate passengers or offer alternative flights.

The IAA, responsible for actual airline safety, has an equally abysmal record. Ryanair operated a “league table” for fuel use among its pilots; as many are not on permanent contracts this was way of intimidating pilots into using as little fuel as possible during flights; this becomes a big issue if pilots have to adjust landings in high winds or take a second run at landing; the Ryanair model makes it difficult for pilots as sometimes the safest flying will result in much more fuel being used. When the issue was raised by pilot representatives the IAA was uninterested in investigating.

But now the Irish state is essentially handing over regulation of airline safety and passenger rights to a senior figure at an airline with an appalling record of abuses of workers and passengers.

Ryanair have used the Covid crisis to launch a full scale attack on workers who are union members across Europe, dismissing many know activists and forcing others to give up their full time permanent contracts. Ryanair pioneered a system of bogus self-employment for pilots that leaves workers with little or no state benefits and means they remain on precarious contracts with no hope of permanent or secure employment.

During the Covid crisis the Ryanair group across Europe has flouted European safety guidelines (EASA);

·       Not providing face masks for passengers who have none, and not enforcing the use of face masks on flights;(on some flights the airline tried to sell them for 1.50 each )

·       Refused to provide dedicated toilet facilities for staff on flights

·       Refusing to apply social distancing guidelines when disembarking passengers  (except in Italy).

staff showing symptoms of Covid 19 were required to continue working by the company.

“I would like to point out for the third time already, all the problems that we have to face everyday. – Lack of gloves on board the aircraft/in the crewroom. – Lack of appropriate face masks (FFP1, FFP2, FFP3) for crew and passengers. – Lack of disinfectant gel on board the aircraft/in the crewroom.- Lack of body temperature measurements. – Continuous mixing of crews, increasing the risk of infection between colleagues. – Collecting waste materials that have been in contact with passengers such as paper towels, tissues, etc. Without the appropriate protective equipment/knowledge to do so.”

The appointment of O’Conghaile is an insult to aviation workers and passengers alike. It tells us all we need to know about Irelands low regulation, tax haven status for business and corporations.

Fines Will Not Stop Covid 19

The government’s policy on Covid 19 is a shambles. But instead of accepting blame,  they want to fine ordinary people. If you travel outside of

Get KPMG Off Our Backs

KPMG has gone to the courts to stop a protest by Debenham workers who are demanding proper redundancy payments. They want to use the full