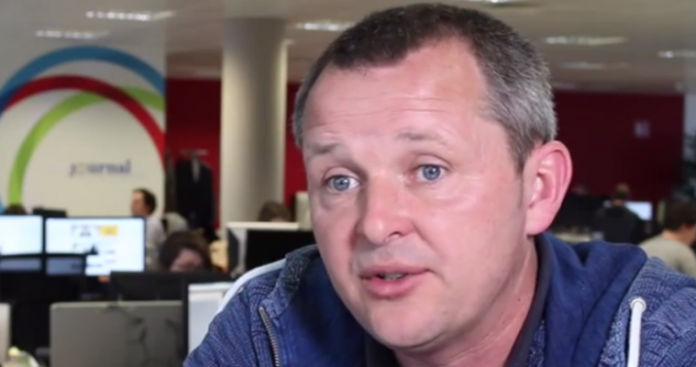 Government double-standards, dishonesty and inconsistency on travel advice and the PUP is staggering and fatally undermining social solidarity and the principle of “we are all in it together”

In a statement, Richard Boyd Barrett TD, People Before Profit, has accused the government of “staggering dishonesty and double-standards” on the issue of imposing legal penalties to the PUP payments for alleged breaches of government public health advice.

Deputy Boyd Barrett, who loudly condemned the government’s policy on the issue over the weekend, said the government were guilty of “grotesque discrimination by imposing different standards of restrictions and penalties on PUP recipients than on the rest of the population.”

Deputy Boyd Barrett said the “fundamental principle that had underpinned the huge public effort was the idea that “we are all in it together”” and that the government was “fatally undermining the social solidarity that  has driven compliance with public health measures by now applying different standards and restrictions to different groups of people, particularly those who lost their jobs through no fault of their own but because their employments were effectively shut down by government health measures.”

He said: “Public health advice and any restriction must apply to everyone or no-one if they if the public health battle against Covid 19 is to continue to command public support.”

He also said it was “the government not PUP recipients who are the really guilty party for failing to adhere to the public health advice provided by NEPHET on non-essential travel in the advice being provided by the Department of Foreign Affairs.”

He said “the government and the DFA that are undermining the coherence and integrity of Covid 19 public health measures by issuing official advice on their web-site that the restriction on non-essential travel does not apply to 13 countries, including Italy, Greece, Malta, Cyprus and other countries.”

He said the government’s own “inconsistency and mixed messaging is encouraging people to embark on non-essential travel” and that they were then “selectively punishing PUP and social welfare recipients for taking the government’s own travel advice at face value or for not understanding advice that was totally incoherent.”

Deputy Boyd Barrett pointed out that “Government Minister’s public pronouncements against “all non-essential travel” were totally dishonest because they are directly contradicted by the actual travel advice being put out by the Department of Foreign Affairs, which states explicitly that some non-essential travel is fine.”

He concluded: “The real agenda here has little to do with public health or even travel but is to progressively do away with the PUP payment, effectively punishing workers whose jobs and incomes had been worst hit by Covid 19 and public health restrictions.

“Some of the of the workers  who will be worst hit by the attacks on the PUP are taxi drivers, arts, music and events workers, bar workers – workers who cannot return to work because of government restrictions and now they are being told after losing their jobs that they are not allowed go on holidays, while others who are lucky enough to have a job can. It’s outrageous.”