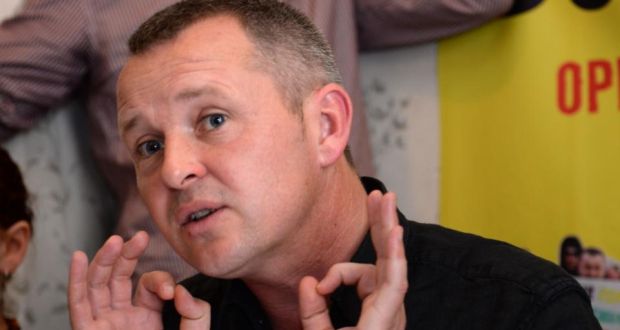 People Before Profit TD Richard Boyd Barrett has slammed suggestions from government sources and a number of Fianna Fáil spokespeople that the Pandemic Unemployment Payment (PUP) should be cut in June. He said the suggestion that the payment ‘disincentives’ people from going back to work was “a dishonest ideologically motivated excuse,” pointing out that the majority of people who were not returning to work were doing so because they were prohibited from working by the Government Roadmap on lifting restrictions.

He said cutting the payment in June would amount to “an unacceptable betrayal and slap in the face for hundreds of thousands of workers who had helped protect our society from Covid-19 by staying at home” and would result in “huge financial hardship” for many.

He added, that if some workers were better-off on the Pandemic payment, that this served only to expose the “scandalously low levels of pay and income for many workers in certain sectors of the economy, particularly in retail and the gig economy”. He said this issue should be addressed by raising basic pay and minimum income levels and eliminating precarious work and low hour contracts, rather than by cutting the pandemic payment.

Deputy Boyd Barrett also pointed out that many workers, in areas such as Taxi driving, the arts and music, English Foreign language and hospitality were likely to find themselves unable to work or with substantially reduced income for the foreseeable future because of the impact of physical distancing guidelines and that to cut the payment for them would be “immoral.”

He said: “The government is attempting to cut the PUP using feeble, dishonest and ideologically motivated excuses. The claim that workers are refusing to return to work because the payment is too high is utterly dishonest nonsense. The vast majority of workers are not working at the moment because they are prohibited from doing so by the government’s own public health advice. Indeed, many workers in sectors such as the arts, live entertainment. taxi-driving, English Foreign language, and hospitality will be unable to return to work or will see substantial reductions in their income for the foreseeable future because of government physical distancing guidelines. It would be utterly immoral to cut their payments.

“The government and their Fianna Fáil cheerleaders are trying to con the public into accepting cuts to the PUP which has provided security and peace of mind to people who without it would have been in a financially disastrous position during the Covid-19 crisis.

“The idea of cutting the payment, transferring people to Jobseekers Benefit and ‘tapering’ off the PUP is shocking and betrays many thousands of people who rely on this payment. The government are obviously oblivious to the fact that peoples many outgoings, such as rent, bills and the cost of living will not be cut and so reducing the payment will plunge them into dire financial straits.

“Linking the payment rate to people’s average income over January and February will be a disaster as many people may have been out of work in that period, for example.

“The fact that a minority of recipients of the PUP may be a little better off is not a reason to cut the payment but simply serves to expose the scandal of the working poor in this country who were working for poverty wages on low hour, precarious contracts, particularly in retail and the gig economy.

“Far from cutting the PUP, the government must maintain the PUP and indeed broaden it to take in cohorts who disgracefully have been excluded from it previously, such as people working in the gig economy, people over the age of 66 who were working before the crisis (such as many taxi drivers) and people under 18.”