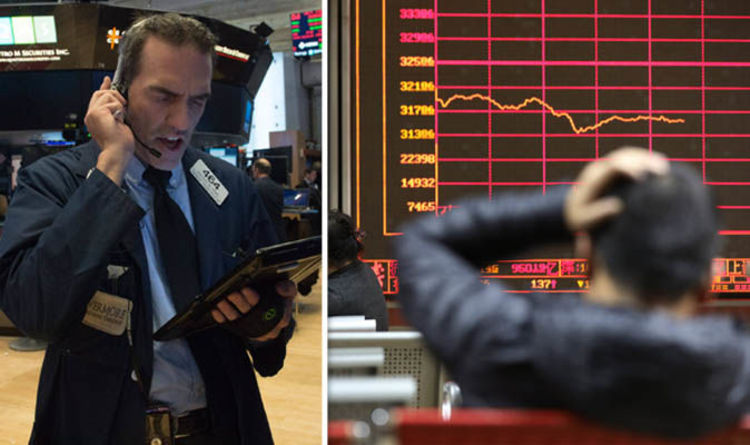 Fear gripped the corporate elite as US stock markets haemorrhaged £1 trillion overnight on Monday. The slump quickly spread to Asian and European markets as soon as trading opened.

Politicians and pundits rushed to reassure people that the tumble was just a blip.

The CNBC news channel’s report began, “The first thing to know about the stock market’s eye-watering slide is that it wasn’t caused by anything fundamental.”

Such words are little reassurance to the millions of working class people who will fear being made to pay for another financial crisis.

One result of this turbulence is that pensions and savings are at the mercy of the stock market.

Over the past few years, major Irish companies have been pushing workers off defined benefit pension schemes and onto defined contribution schemes.

The difference is that under Defined Benefit schemes, a company must guarantee payments to a retired worker. Often this amounts to half a salary for 40 years service.

Under Defined Contibution schemes, however, a retired worker will see their pot of money speculated on the stock markets of the world. If they are unlucky enough tor own shares that crash, that is their tough luck. They must live the rest of their lives in penury.

The latest panic in the stock markets is linked to underlying problems in global capitalism.

The immediate trigger was a rise in US inflation and the threat of interest rate increases, which would spell bad news for capitalists at the moment.

FXTM chief market strategist Hussein Sayed warned, “The era of cheap money is ending and for markets who got addicted to it, it’s undoubtedly bad news.”

After the global crisis of 2007 central banks slashed interest rates and injected billions in cheap credit through Quantitative Easing and other schemes.

This stoked new financial bubbles—and inflation—but didn’t solve capitalism’s underlying problem of low profitability. As one banker put it this week, “This was volatility unleashed” because “the market is overvalued relative to fundamentals”.

Central banks are now looking at raising interest rates to stop the bubbles inflating too much.

But cheap credit has kept alive an army of unprofitable “zombie firms”. Some of these are deemed “too big to fail” because their collapse could trigger an almighty crisis.

The proportion of zombie firms in Germany, France and the other six major eurozone economies has risen from 5.5 percent to 10 percent since 2007. In Italy and Spain it has tripled—and the US is even worse at 12 percent.

All of this underlines the need for democratic planning and a socialist transformation of society.

Working class people’s livelihoods should not be at the mercy of what Donald Trump’s deputy Mike Pence called “simply the ebb and flow of our stock market”.

That means fighting for a socialist society that’s based on meeting working class people’s needs, not maximising profits.

How Greed For Profit Is Slowing Vaccine Production

Pfizer has already made a $975 million profit on their vaccine and expect to make $19 billion more in 2021. The world needs Covid-19 vaccines