Give Retired Workers A Voice 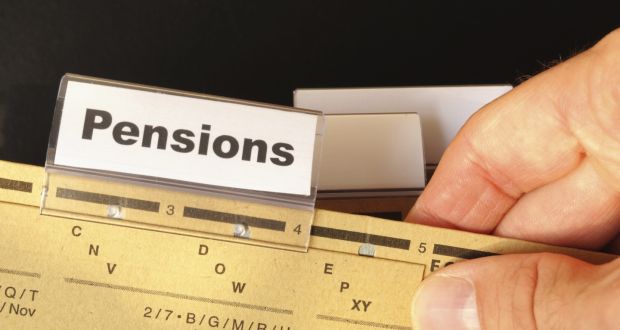 Support the People Before Profit Bill to give representative associations greater rights.

On June 30th People before Profit will bring a bill to the Dail to give greater rights to retired workers and their associations; after a decade of attacks and cuts to worker’s pension schemes its time to turn the tide and defend pensions and retired workers.

Over the last decade there has been a war on pensions, pensioners, and retired workers. The very idea of a stable pension when you retire has been attacked as unrealistic. The right to retire at 65 has been open to ridicule by economists and expert commentators. Those workers who have paid into pension schemes for decades, especially in the public sector, are attacked as cosseted and privileged by the same commentators. The “demographic time bomb” is used as a common-sense argument that justifies all and every attack on the very idea of a pension and a decent living at the end of your working life.  Attempts are made to divide and rule workers by pitting private sector workers against the Public, young workers against retirees.

During this period, many workers have faced attacks on their pension schemes. The state took a huge amount from workers to help in the bankers bailout in 2011. Many retired workers found their traditional link with wages of their ex colleagues severed and many more haven’t seen a rise in their pensions in over 10 years. Many suffered cuts and changes to their schemes with no consultation or forewarning. Often deals struck with acquiescent trade union officials and management had profound and negative impacts on retired workers. Ironically the very workers who had built up and fought for workers rights in their unions from the 1960s to today were effectively abandoned once they retired.

That is why People before Profit will be bringing its Industrial Relations amendment Bill to the Dail on June 30th; to give these retired workers a voice. It won’t address the systemic attacks on pensions, but it will at least give a voice and the right to representation of retired workers and their associations. After a life of work and building the trade union movement it’s the least those retired workers deserve.

The Bill will give retired workers and their representative associations the right to go to the WRC when their occupational schemes are affected or there are proposed changes that could affect their benefits. At present, if these changes happen more than six months after a worker has retired they have no rights to access the WRC. The Bill would also mean retired workers have the right to consultation prior to any changes , when for example employers and trade unions are discussing possible changes that may impact their pensions. Other measures try to strengthen retired workers access to the board of trustees and it would also change the definition of a trade dispute to include changes to pensions schemes of retired workers

While retired workers rights have been attacked in recent years,  younger workers find themselves paying more into schemes and getting less in return when they retire. Between 2011 and 2018 retired public sector workers saw the state take over 700 million euro directly off their pensions. In the same period their working colleagues paid an extra 2 billion in pension contributions for reduced benefits.

In the private sector many employers have closed down existing Defined Benefit schemes (where a worker knows exactly what their final pension will be ) and pushed workers onto Defined Contribution schemes ( where pension funds are essentially gambled on the equity and other markets and where there is no guaranteed final amount of a pension).

In the meantime the state pension itself  faced attacks, firstly  under Joan Burton and the FG/Lab coalition in 2013, that saw  rights to a transition pension at 65 scrapped and made it harder for workers to get the maximum state pension at 66. Now the current coalition is getting ready to push out the retirement age to 67, then 68 with some economists screaming for an eventual age of 70 in the decade ahead

We must defend the idea of liveable pensions for all workers not a system that will that leave workers in poverty when they retire. We must not allow them to divide and rule workers by age or between private and public sector, and we must defend the right to retire at 65 to a liveable pension and the right to representation and a voice in what happens to them after their retire.

We all want the Covid-19 pandemic to end. But the Delta variant could lead to a fourth wave. And there could be more variants after

The climate crisis is here. We have witnessed severe floods in Germany and forest fires in the US. In Oregon, they have opened giant ‘cooling

Boris Johnson and the Tory government have announced their intention of granting an amnesty for all troubles related prosecutions. If implemented the policy would end

British Government plans to impose a “statute of limitations”, to cease prosecutions for incidents during the troubles, will slam the door to justice for those

Thousands of people have joined simultaneous demonstrations across Cuba to protest at the shortages of Covid-19 vaccines, economic deprivations and restrictions of civil liberties.  Store