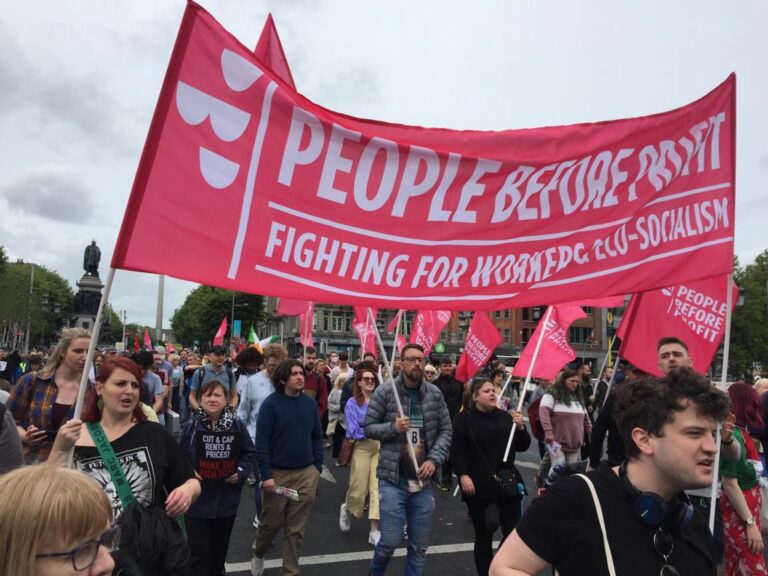 The fact that Catholics out number Protestants, in a state that was artificially manufactured to ensure a Protestant majority for the benefit of corporate-imperial elites, is an unquestionably historical milestone.

The notion of a “Protestant state for a Protestant people” was always an unjust and reactionary proposition, designed to distract from a polity rooted in discrimination and inequality. This is a legacy that lingers in the Northern state today, resting as it does on a system of sectarian headcounts and communal segregation, that holds no real hope of delivering a decent future for working class people of any background.

Acknowledging this milestone, however, need not lull us into the simplistic and counterintuitive mindset that a change in religious composition will inevitably lead to any kind of substantive change.

Demography is not destiny, after all, and communal identification is not an immutable force that will inevitably lead to anything, never mind a united Ireland.

For one, identity is a far more fluid and contingent category than is sometimes imagined. Some Protestants support a united Ireland, some Catholics prefer the union, and an increasing number of people identify with neither communal bloc.

Nevertheless, our society is changing and in more ways than one. This will be seen as a threat to elites on both sides of the border who have rested their power on the same sectarian structures for a century or more. Nothing is inevitable, but there is a real opportunity to begin to build a consensus and popular movement capable of delivering real change.

As people on both sides of the border struggle to heat their homes, and a cost-of-living crisis spirals out of control, the question of what kind of Ireland we want to build should be front and centre in the coming discussions. We must campaign for an island for all, that ends partition, and moves beyond both the legacy of the sectarian state in the North as well as the tax-haven gangster capitalism of the Southern elite.We need to build an Ireland that guarantees a decent wage to its workers, puts an end to the scourge of homelessness, builds a real national health service free from private and church influence, and treats Ireland as a single ecological unit that can become a world leader in the fight against climate change. An end to the border must be combined with a radical distribution of wealth and power.

As James Connolly long ago argued, the only secure foundation for a new United Ireland is the working class. A vision of a socialist Ireland is something that can attract people of all backgrounds. And a movement on the streets for decent living standards can create a new context where conversations about that vision can take place. The time has come to put the rotten legacy of imperialism and sectarianism to rest.