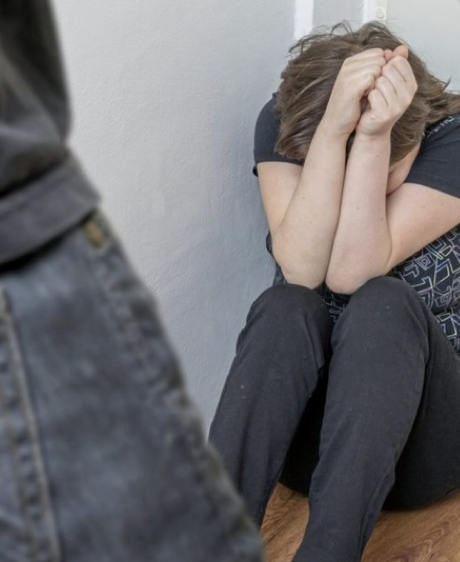 COVID-19 has exposed many of the fault lines of capitalist society. One of the most glaring is violence in the home.

In the summer, Women’s Aid Helpline experienced a 43% increase in calls.

There has been a 71% increase in visits to the Women’s Aid Website.

The agency has reported women, trapped with abusers and denied outlets for support, ringing their helpline from their car, the garden shed or the bathroom with the shower running.

Fear of stigma and self-blame are still major deterrents for those who suffer domestic abuse. This means that we are only hearing a portion of the abuse happening.

Even before the current lockdown, calls to the 24hr national Freephone were receiving 1000 more calls a month than normal. Society may rely on home as the last resort in a pandemic, but for many women this means being stuck with an abuser with no means of escape.

Working class women are suffering particularly hard. Without the financial means of moving out, with a housing crisis that means that there is hardly any affordable housing available, never mind finding somewhere that will take kids, there is no choice but to stay put.

On top of this, it is women in low paid jobs – such as retail or hospitality -who have been worst hit in terms of being laid off.  A recent study in the UK showed that mothers are one and a half times more likely than fathers to have either lost their job or quit since lockdown began.

In this situation, women, denied of any independent income, are even more vulnerable.

The real scandal, however, is how governments wash their hands of this issue.

The Irish government offers tiny statutory funding to services for victims of abuse.

It declares it will increase funding to Tulsa’s domestic Sexual and Gender-Based Violence service. But the €1.2 m promised specifically for Covid-19 measures until the end of 2020 goes nowhere near meeting the need. The Department of Justice paid only €1.9 m throughout 2020 to all support services for victims of crime including sexual and gender- based violence.

Safe Ireland, the national social change agency working to end domestic violence, has blamed the Government is continuing to starve  the professional domestic services of the funding and resources they need to deal with the numbers and the trauma of the experiences of the women and children coming forward.

Northern Ireland also suffers acute underfunding in this area. The UK government failed to extend any of its extra £76m funding for domestic violence groups to Northern Ireland, despite the plea for help on behalf of local groups.

Women’s Aid, a lifeline for anyone suffering abuse, is still suffering from cuts to its funding from the last recession. Shockingly, to provide its services, it is forced to rely on regular and once-off donations, charity shops, and fundraising activities – the last two of which have suffered under COVID-19.

The fundamental right to protection from domestic abuse is left to charity and to volunteers staffing its help lines.

November 25th is the UN International day for the Elimination of Violence against Women.   We need to use this day to demand that Women’s Aid should be established as a state agency under the Department of Social Protection  in receipt of  full state funding to cover staff, helplines and refuges for victims of domestic abuse.

Only then will the widespread problem be officially recognised and given the support it so desperately needs.