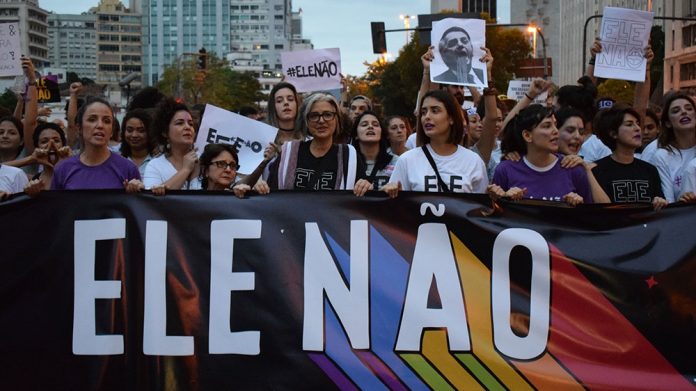 Co-sponsored by People Before Profit and the Brazilian Left Front

Speakers from People Before Profit and the Brazilian Left Front will kick off a discussion about the Brazilian election where the front runner, Jair Bolsanaro, is an admirer of military dictatorships.

He is sexist because he says woman should earn less than man and he also said to a deputy that “she was too ugly to be raped”, as if rape was a complement. He thinks that homosexuality is due to bad education should be sorted through force.

Yet this thug has won the votes of 47 million people.

This meeting discusses the lessons for the Left in both Ireland and Brazil and what can be done.