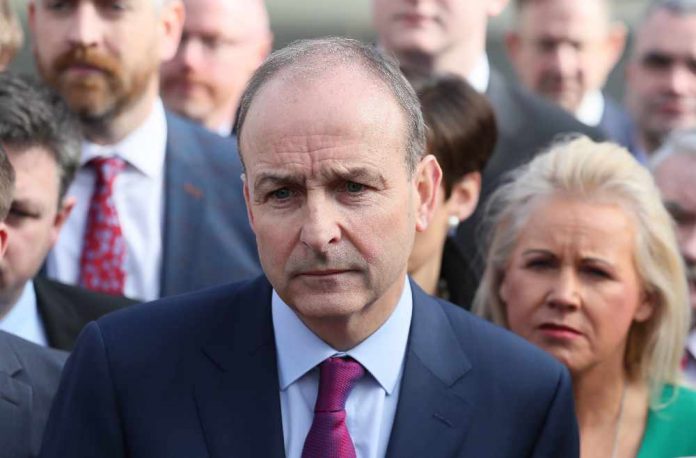 Cllr. Adrienne Wallace has criticized Fianna Fáils attempt to stifle opposition voices and hit back at “petty slurs in the middle of a pandemic”. She has called for more transparency on the issues affecting people in Carlow and a continuation of council meetings.

Cllr Wallace said “We are in the middle of a public health crisis. Everyone is worried for their family’s and their own health. As elected representatives we need to be on the ball, we need to be able to reassure our constituents and we need to be able to ask the hard questions of government. I want to know why there is not enough PPE, why there is not widespread testing and what exactly is happening in our nursing homes. But when I called for an April council meeting, I was shocked to see FF Cllr John McDonald tell the media I was just “looking for attention”. This is coming from the same party that told me “to shut my mouth” when I challenged racism in the council chambers. Next will they tell me to stop “nagging” and to go back into the kitchen? But these comments are so much more than an attempt to belittle legitimate demands.”

Cllr Wallace added “Fianna Fáil are trying to put themselves outside accountability. Meetings are happening behind closed doors at a time when we need transparency. We need to be able to scrutinize what is happening. We are possibly entering into a recession; we cannot allow Fianna Fáil sail us down the river as they did in the past. They are trying to undermine opposition voices with petty slurs, which is so much worse considering we are in a period of crisis. It’s time to put the toys away and fight for the people in Carlow. Local democracy is not something that can just be packed away, especially not in the middle of a public health emergency.”

Government Failure To Legislate To Protect Redundant Workers Over Many Years...

Leaving Cert Results Out Today – But College Fees Should Be...