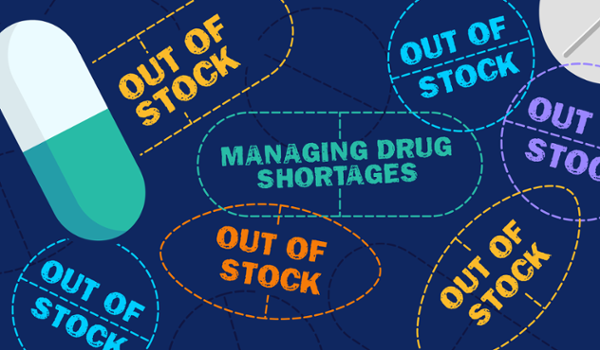 Over two hundred medicines are in short supply in Ireland causing real panic among patients. There is a scarcity of the pain relief drug paracetamol. Essential antibiotics for serious bacterial infections such as amoxicillin and penicillin are also in scarce supply as well as some blood pressure treatments. Anti-cancer drugs are among the vital medicines most affected by supply shortages.

But what is causing these shortages? Establishment figures have offered two main excuses.

First, they claim it is a consequence of the health crisis over covid. They claim that so many people needed drugs that this is now causing a shortage.

Yet drug shortages have been occurring since 2011, well before the pandemic. The crisis was so bad that the then US President, Barack Obama had to sign an executive order to force the pharmaceutical companies to inform the Food and Drinks Agency when they were ceasing to produce a drug.

Second, the mouthpieces for the pharmaceutical industry in Ireland are trying to claim that the price we offer is too low.

Sandra Gannon, managing director of Azure Pharmaceuticals said that, ‘The price we pay, and a medicines pricing agreement that is no longer fit for purpose, is at the heart of this issue.”

It is a blatant attempt to push the Irish health system to give more money to Big Pharma.

Yet the reality is that the drug shortage is affecting many countries in the EU and in the US. It has little to do with the price that Irish taxpayers offer.

The real reason for the shortage is the drive to profit.

Take as an example a chemotherapy drug, fludarabine. Last year it could be bought for just €100 a vial in the US but this year Areva Pharmaceuticals has jacked up the price to over €2,500.

The shortages result from a deliberate attempt by Big Pharma to blackmail society into funding more profits.

Just as they held back vital vaccines from poorer countries during Covid, so now are they squeezing richer countries for more profits.

The blackmail works at many different levels and through different methods.

Medicines require active pharmaceutical ingredients or APIs. In order to cut their costs, the drug companies have outsourced them to poorer countries where wages are low. So a box of paracetamol will cost €2 a packet but the cost of the active ingredient is between 2 and 8 cents.

The result has been an extended supply chain, based on cheap labour. But as a consequence of geopolitical tensions, sometimes there are cutbacks in supply to Western countries.

China, for example, has closed thousands of chemical plants to limit pollution and this affects the production of APIs. India has also banned the export to the EU of the API for paracetamol.

On top of that Big Pharma cuts back on production when drugs run out of their patent life. Most shortages don’t occur among new blockbuster drugs, but among older ones that sell on thin profit margins.

When you have a  system driven by profit, there will always be attempts to hold back production to drive up prices.

The only way to respond to this is to start taking the pharmaceutical industry into public ownership to ensure the supply of essential drugs needed for human health.

Ireland has a big pharmaceutical sector and instead of giving them more taxpayer money, the government should demand that they provide a transparent account of their production policies.

Such an audit should include detailed figures of how many individual drugs were produced each year; what price is being paid for the APIs; how many drugs have been taken off production.

But the fundamental problem will not be solved until there is public ownership and production for human need – not profit.