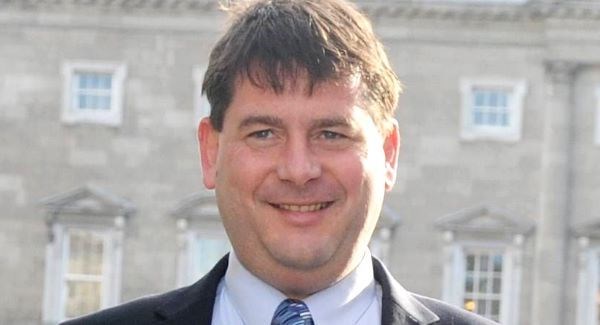 The resignation of any Fine Gael TD should be a source of joy for anyone who has been at the receiving end of their neoliberal assault over the last 9 years. However, the circumstances of Dara Murphy’s resignation and the lack of fallout over his pillaging of the public purse means his departure is cause for deep disgust and rage.

Before his resignation, Dara Murphy was under fire for claiming his full €51,600 in expenses, despite being virtually absent from the Dáil. In any decent society, this would be viewed as what it is: a scandalous case of robbery and betrayal by somebody who was voted in to serve the public.

Instead, he has now resigned in order to take a new role at the European Commission where he will be payed a salary of €150,000. He will also receive €50,000 from the Oireachtas by way of severance pay. He stuck around long enough to keep his colleague the Housing Minister Eoghan Murphy in a job in a vote of confidence, then rode his gravy train into the sunset.

And the cherry on the cake? The Standards In Public Office Commission (SIPO) have come out immediately to say that he cannot be investigated now because he has resigned. He is, in fact, being rewarded for fleecing the public.

Housing campaigner Father Peter McVerry has summed up the reality in our society best in a letter published in the Irish Times. The letter reads:

The Dara Murphy debacle is symptomatic of the deep rot and corruption among our ruling classes. The slyest of trickery and gombeenism is rewarded. The democratic process is undermined with bureaucratic mechanisms like the money message. The Fine Gael-Fianna Fáil alliance rolls on and working people and the poor of this society are forced to bear the brunt of their avarice and corruption.

It is time to sweep them out!