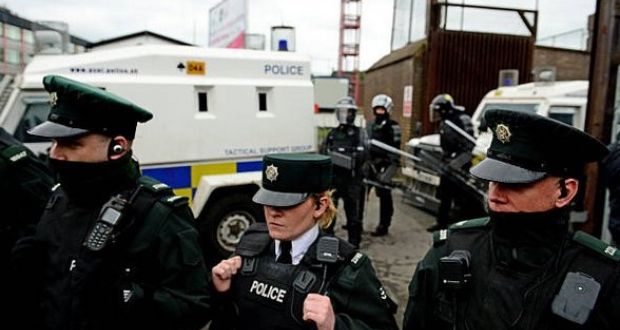 People Before Profit Cllr Shaun Harkin said,
“The police have serious questions to answer regarding the arrest and mistreatment of a 14-year-old with special needs in Creggan during a house raid this week.
The police can’t be given free rein to criminalise and brutalise a particular group of children. Children have rights that all of us must take responsibility for upholding.
We have had to recently raise concerns about PSNI treatment of children in Creggan and also their handling of Black Lives Matter protests which involved many young people.
We have decades of evidence to make it clear that there is no policing solution to underlying political issues. Heavy-handed policing involving house raids, stop and search and other repressive measures won’t address the fundamental underlying issues of deprivation, poverty and marginalisation. There’s no doubt the actions of the PSNI are making the situation worse.
Prior to the pandemic the Department for Communities reported an alarming increase in the number of people here, including children, living in absolute poverty. This is a direct consequence of the implementation of Tory welfare reforms by the Stormont Executive. The gap between what the majority of people here are promised and the reality of their lives continues to widen. This is particularly true for those in the historically most disadvantaged areas and communities.
We need to hold the PSNI to account and challenge a growing pattern of heavy-handed policing in certain areas of the city instead of a needed political response. By political response we mean action on poverty, decent paying jobs, properly funded and fully accessible public services, and, respect and dignity for those who have been marginalised and everyone in all our communities. This starts with respecting the need to protect children.”
Join People Before Profit