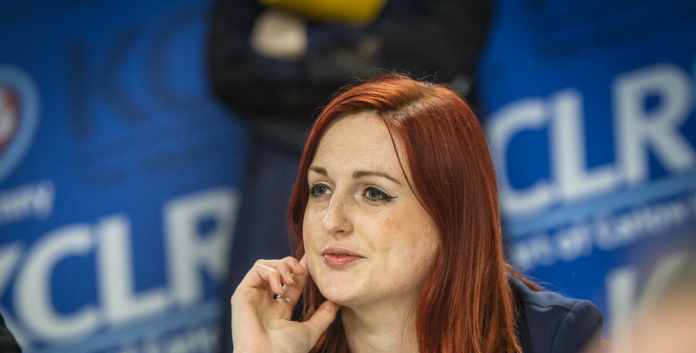 People Before Profit councillor Adrienne Wallace expressed dissatisfaction with Carlow council who blocked her motion calling for an end to publicly funded trips to America for St. Patrick’s day from being heard at this months Council meeting.

Cllr Adrienne Wallace brought forward a motion which stated “that Carlow Council refuse to fund the trips for representatives to any St. Patrick’s Day events abroad this year and instead donate the money ringfenced for these trips to the local Rape Crisis Centre.” Cllr Wallace said this was a very important motion and feels the system is set up to ensure politicians are allowed to continue their publicly funded trips abroad and protect a culture of “free-loading”.

She has questioned what the actual benefits of these expensive trips have for the people in Carlow. She said “Every year politicians tell us they are going to America for St. Patricks day to act as ambassadors for Carlow but I have never seen the minutes from any meetings where Carlow’s economic situation was discussed with interested parties. In fact, our development plan doesn’t even focus on or mention any new or budding economic ties with America. Elected reps and unelected officials have no brief, nor any checks or measures to report to the council with upon their return. I have never heard of someone going on a work trip while not having to meet any actual requirements, why do politicians think they can continue taking the tax-payer for granted?”

Cllr Wallace added “It’s time to end the free-loading culture in our political system. The rape crisis centre in Carlow has had funding cut which has never been replaced. These services in our local communities play a pivotal role in supporting people. Community services like this are much more beneficial to Carlow than wasting public money on “holidays for the boys”. The people in Carlow have had to pay more in local property taxes, they want more accountability with how their taxes are being spent”.

On having the motion removed from the agenda Cllr Wallace said “this is bureaucracy at its finest. Where the laws and rules are written to protect the interests of the status quo. People want change and I will be challenge this going forward.”