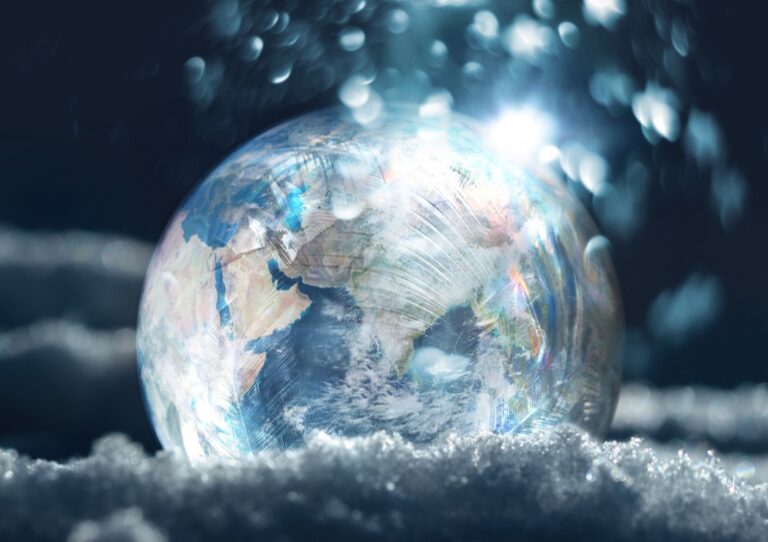 The climate crisis is here. We have witnessed severe floods in Germany and forest fires in the US. In Oregon, they have opened giant ‘cooling halls’ to protect the elderly. In Ireland, there is an unusually long heat wave.

The sheer scale of the crisis has brought more talk from established politicians. The US climate envoy, John Kerry, is touring Western capitals to supposedly prepare the way for a deal at the UN Climate Change Conference (COP 26) in Glasgow in November. Angele Merkel wants Germany to ‘step up the pace’ for fighting climate change.

But the more they talk, the greater the gap with real action.

In a recent report, the International Energy Agency claims that carbon emissions will climb to record levels in 2023. A mere 2% of pandemic recovery spending is going towards clean energy measures.

Electricity demand for thermal coal has increased, making it the world’s best performing asset. Coal-fired electricity will increase by almost 5 per cent this year to exceed pre-pandemic levels. It will grow a further 3 per cent in 2022, when it could reach a record high.

There are two main reasons for this gap between climate talk and climate action.

The first is that most of our economy is in private hands. Even if political leaders were sincere about the climate emergency, they do not control the main polluters.

Just 100 corporations are responsible for 70 percent of historical emissions. While the fossil fuel industry is a lead actor there are other high-emissions industries. These include industrial food and agribusiness (responsible for one-third of global emissions) and aviation (a top ten global emitter).

Behind these privately owned corporations stand a web of financial interests. BlackRock, for example, is the world’s largest asset manager and has pledged to reach “net zero” emissions by 2050. But despite pledging in 2020 to sell off most of its fossil fuel shares “in the near future”, it still owns US$85 billion in coal assets.

If these corporations are not taken into public ownership, humanity will never have the levers to tackle climate change.

The second reason is that capitalism is addicted to profit and must grow continually. If it is not growing by a rate of 3% a year, this is viewed as a problem. So, the European Central Bank or the US Federal Reserve pumps billions into the economy to stimulate growth.

Continual growth driven by a profit seeking capital must come into conflict with the planet. And do despite their protestations, politicians who talk about climate change run a system that causes it.

This dynamic is most evident in the Green Party in Ireland.

Its leader, Eamonn Ryan, used the urgency of the climate crisis to argue that the Greens had to enter government with Fianna Fail and Fine Gael. He claimed that EU policy was moving to a green agenda and that it was vital for the Greens to ‘be at the table’ to bring change.

Yet in government that Greens are presiding over the expansion of data centres. By the end of the decade, these will consume nearly 30% of all electricity in the country. Already there are 70 data centres here and Dublin is now the largest hub for data centres in Europe. Amazon’s centre in Mulhuddart will need the same amount of electricity as a small city.

The data centres also use between an average of 500,000 litres to 5 million litres of water a day.

The Irish Academy of Engineering has estimated that the rapid expansion of data centres will add an extra 1.5 million tonnes to our carbon emissions by the end of the decade.

Why would the Greens allow this to happen while in government?

It is because they are managing the Irish variant of tax haven capitalism. Social media company such as Facebook, Amazon or Twitter have come to Ireland because of the extremely low rates of tax. They are so big that they can blackmail the Irish government for ever more concessions.

And one of their insatiable demand is for data centres.,

The next time you hear a politicians talk about what you can do to save the planet, note that the data centres will wipe out gains from changes in individual behaviour.

We need  system change and not strategy of  managing capitalism.

No To Prsi Increase For Workers

Senior civil servants have proposed that PRSI be increased for workers and employers. The reason why workers’ rights are so poor in Ireland is that employers don’t pay enough in social insurance to cover payments like sick pay and maternity pay. ncrease in PRSI for workers are a pay cut and should be resisted. Employers must pay more to fund a decent social wage for workers.

Don’t Roll Over For Unpaid Internships

Unpaid internships are against labour regulations. A doggie day care in Cork had been using them and workers organised to call it out. Workers need to unite to fight and PBP will support them.