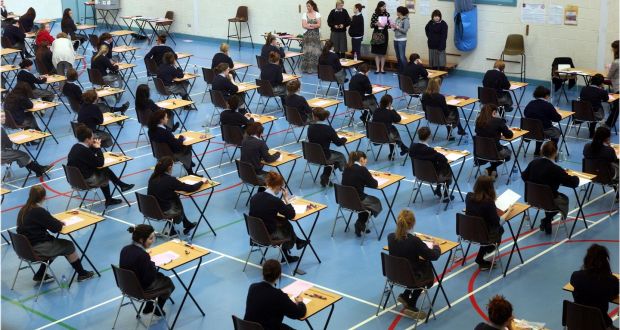 After making a mess of it for weeks, the Minister for Education, Joe McHugh, finally agreed that the Leaving Certificate examination will not go ahead. Solidarity People Before Profit called for this a long time ago.

However, the new proposal from McHugh about how to assess students contains a huge bias in terms of social class.

1.There will be a school-based estimation of the percentage to be awarded to each student in each subject.

2. There will also be a ranking based on ‘past performances of students in each school and nationally’.

In other words, the individual school assessments of pupils will be combined with a process where schools are ranked according to their past record and where they usually come in the league tables.

There are pretty obvious problems with this approach.

If a school in a poor area assesses its students and reports that 50% of them are fit to go to college, they will be pulled up on it, if in past years, a fewer number of their students progressed to college.

It is clear that a huge social class bias will feed into the new assessment system.

Private schools and grind schools get a higher percentage of their students into courses such as medicine.

At the root of this disparity is wealth inequality, with access to study space, private tutors, grinds, and a healthy home environment acknowledged to have an enormous impact on students’ success in the exams.

Inequality in our education system is not new. But with this new plan, the government renders it as official policy. Their alternative leaving cert ensures that the social class composition of college entrants will be preserved.

It wouldn’t be a Fine Gael plan if it didn’t.