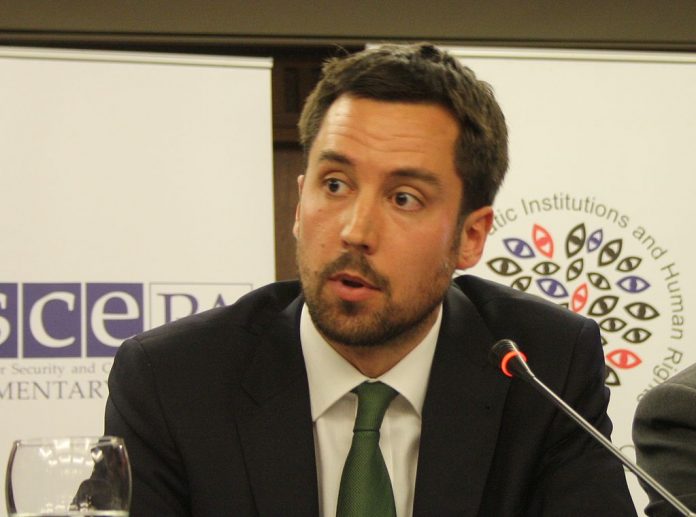 People Before Profit TD Richard Boyd Barrett this morning has written to Housing Minister Eoghan Murphy to express his deep concern about the housing and accommodation arrangements many vulnerable groups face in Irish society today.

The Dún Laoghaire TD in the letter has called on the Minister to take control of privately-owned hotels and vacant accommodation such as apartments and housing stock in order to properly house people to reduce the spread of infection from Covid 19.

The TD pointed to vulnerable groups facing substandard, cramped and inadequate accommodation in the teeth of the Covid 19 crisis. He noted that in these cramped situations, the virus could spread extremely fast. The groups pointed to in the letter include people living in homelessness or emergency accommodation;, migrant workers and students, who in many cases live in bunk-bed scenarios- four of five to a room in many cases; people living in Direct Provision; families who have had to move back into parents or grandparents homes due to the lack of affordable and adequate accommodation in the state.

Richard Boyd Barrett TD said: “I have written to the Housing Minister Eoghan Murphy this morning in order to express my deep concern about the living conditions and accommodation arrangements being experienced by many vulnerable groups in Irish society today.

“People living in homelessness and emergency accommodation, migrant workers and students, people living in Direct Provision and families who have had to move back in with parents and grandparents are particularly vulnerable in this crisis.

“The cramped and overcrowded conditions that many of these people face on a day to day basis has now increased in urgency due to the Covid 19 pandemic.

“The virus, in these overcrowded conditions, could spread very quickly and I have called on the government and the Housing Minister to take control of hotels that are empty and apartments and houses that are vacant and are being hoarded by private developers, speculators, vulture funds and cuckoo funds in order to house these vulnerable people in a way that is safe and which reduces the risk of infection and transmission of the virus.”