Are The Profiteers Blocking A Vaccine For Covid-19? 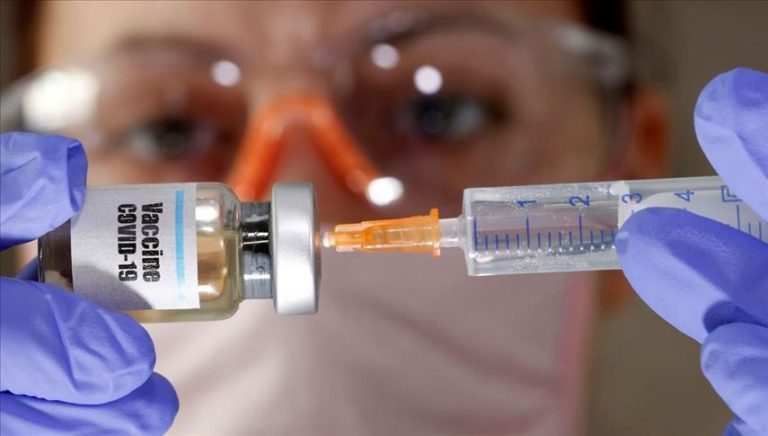 The Covid-19 pandemic has produced a massive scientific effort – but it is also exposing the limits into which capitalism has imprisoned science.

First, the good news. There is significant research underway to confirm that the presence of anti-bodies in the blood could mean some protection from coronavirus. The key issue is whether there is a subset of antibodies, called neutralizing antibodies, to shield people from the coronavirus.

A major new study conducted by a virologist from the Icahn School of Medicine in New York created a test that significantly reduced the chances of a false positive for the 1,343 people that took part in the trial. It will now move onto the next phase of testing.

The other main area of research is in finding a vaccine. Here massive resources are being deployed and some progress is being made. Seven of the roughly 90 projects being pursued by governments, pharmaceutical makers, biotech innovators and academic laboratories have reached the stage of clinical trials.

But while science moves forward, the efforts to find a vaccine are being hampered by the lure of profit and the increasingly dangerous competition between the big powers.

In China, 1,000 scientists are at work on a vaccine but the search has already been militarized with researchers Academy of Military Medical Sciences developing the front-runner candidate for success.

In America, Trump has held meetings with pharmaceutical executives to make sure a vaccine is produced on American soil so that the United States controls its supplies. He even tried to lure a German company , CureVac, to do its research in the United States.

But on top of competition between the big powers the basic rules of free market capitalism are creating huge obstacles.

While Big Pharma is upgrading its publicity machine to talk about its efforts to find a cure, they neglect to mention that humanity is further down the road of finding that cure precisely because of their past neglect.

As Mike Davis points out, before Covid-19, the pharmaceutical industry had effectively abdicated from research on new antibiotics and antivirals. Of the 18 largest pharmaceutical companies, 15 totally abandoned the field. Heart medicines, addictive tranquilizers and treatments for male impotence became the profit leaders. Defences against hospital infections, emergent diseases and traditional tropical killers were not seen as profitable enough to become a major focus for investment.

A universal vaccine for influenza—that is to say, a vaccine that targets the immutable parts of the virus’s surface proteins—has been a possibility for decades, but never deemed profitable enough to be a priority.

The prospect of a vaccine is probably, somewhere between 12 and 18 months away. But even this may be optimistic because of the problems that capitalism causes for scientific progress.

One problem is the rules on intellectual property. These have developed into the global norm, mainly because of pressure from the US pharmaceutical ad software industry. Back in the 1940s, the sociologist Robert Merton argued that the basis of science was ‘communism’. By this he was not referring to the Soviet Union but to a norm whereby basic research was made publicly available to all. After a landmark judgement in the US Supreme Court, Diamond v Chakrabarty and the subsequent Bayh-Dole Act, private ownership of knowledge became the norm. One result was the scientists often stopped sharing their research lest a ‘competitor’ rush ahead of them to take out a patent. This obscene system is now a major obstacle in tackling Covid-19.

In any sensible world, the full fruits of scientific research into the virus would be shared amongst every scientist working in the area.  Indeed, some countries are talking about compulsory licencing which would suspend Intellectual property rules. But Big Pharma is fighting back.

Here for example is Severin Schwan, chief executive of Roche Holdings. He says that waiving IP rules be “would be a disaster”. “If we don’t have IP, no one will take care of developing anything . . . Who would ever invest if there was no incentive?”

There will, however, be outrage if Big Pharma gets away with this. Already one company, Gilead Sciences has come under fire for trying to secure a de facto monopoly in the US for an experimental drug seen as a potential coronavirus treatment. After huge pressure they were forced to back down.

One possibility is that there will be an attempt to make a compromise between public health and capitalist profits. In elite circles, there is already talk of a patent pool which is a mechanism that allows companies to collaborate on research for treatments. This pool, however, would set the prices at which the vaccines can be sold.

This ‘compromise’ with profit is totally unacceptable. We need maximum co-operation to produce drugs and vaccines at the cheapest possible price. That means removing profit from the equation.

But Intellectual Property is just one of the obstacles that capitalism is putting in the way of dealing with the virus. Even if the science were to be made freely available, there is the small matter of how to produce and distribute a vaccine.

It is estimated that the bill for manufacturing hundreds of millions of doses of a single product will range from $50m for companies with existing facilities and trained personnel, to about $700m for those starting from scratch. This sum may be even higher if the vaccine requires novel technology platforms and is on top of an estimated clinical development cost of at least $500m per vaccine candidate.

Which capitalist company will risk that expenditure, particularly in an era when many are already up to their eyes in debt? One of the biggest pharmaceutical companies, Johnson and Johnson, claim they can do it but when we look at the small print we discover that while they have committed $500m to help produce a vaccine, the US government has also given it $500m. In other words, even one of the biggest  pharmaceutical companies in the world needs the US state to match its investment, dollar for dollar.

David Loew, executive vice-president of Sanofi Pasteur, got to the heart of the capitalist dilemma when he stated that billions of dollars were needed from governments to underwrite purchases of the most promising experimental vaccines even before final proof they work.

“If industry does not know if there will be a market in 18 months, [it] cannot carry all [the costs]. Industry alone can’t provide all the investment needed now for billions of doses,”

Which only begs the question: why do we need private shareholders whose only motive is profit? Why cannot states mobilise the full resources and take full ownership of vaccines or drugs that will be produced?

Johnson and Johnson was talking about making ‘hundreds of millions’ of doses of a single product – and it still needed massive state support. But there are seven billion people on this planet and many will need a vaccine. If we are not to have a cruel rationing according to who has most cash, we need to produce a vaccine on a scale of billions rather than ‘hundreds of millions’.

In the case of vaccines, for example, there is a “filling and finishing” which is the last stage in development. The drug is formulated and put it into a vial or a syringe but this is where the bottlenecks are most likely to occur  because the present organisation of industry does not have the capacity to do this on the scale that is required.

In order to do so, we would have to mobilise resources from the wider society and devote these into the production process. That will not happen simply by the ‘invisible hand’ of the market incentivising rich people to move their investment into such a  process. It will require massive social co-ordination , not just in one country but between many different countries.

Debenhams Workers say they are “proud to have stood up for our rights”. Just after midnight Sunday night until 5:30am Monday morning over 40 Gardaí

Solidarity With The Ballymurphy Families

Tomorrow the Ballymurphy families will receive the long-anticipated findings of an inquest into the massacre of their loved ones in August 1971. The decades-long campaign

The so-called ‘clashes’ in East Jerusalem today are the latest episode in the ongoing ethnic cleansing of Palestinians by the Apartheid State of Israel. Over

Last Sunday the Sunday Business Post carried an interview with Andrew O Leary and Kieran Wallace of KPMG, the liquidators of Debenhams. In a fairly