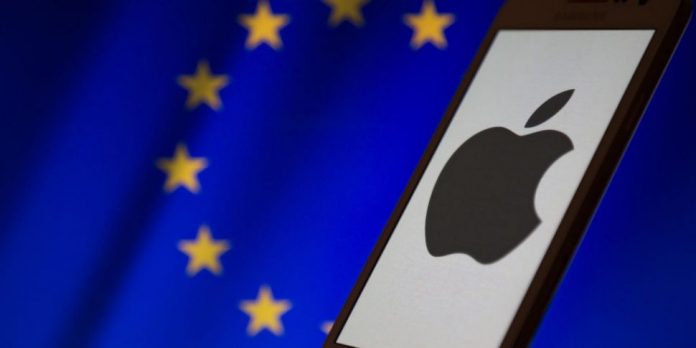 The General Court of the European Union has supported Apple and the Irish government’s appeal so that we will now be deprived of the €13 billion owed to us.

The Irish government spent over €8 million to ensure we did not get the money.

No one should assume that the European Court are neutral and simply give fair judgments. The European Court of Justice, for example, has made significant anti-worker judgments in the Laval and Viking cases. These undermined workers’ rights to impose regulated wages on employers.

In the current case, the General Court of the European Union ruled that Apple gained no specific advantage under Irish tax law. In reality, this was an admission that Ireland functions as a tax haven – for many other multinational companies. A brief history of the Apple case shows exactly how Irish system works.

Apple was originally established in 1980 in Hollyhill in Cork as a manufacturing facility. It was one of the last companies to benefit from the Export Sales Tax Relief Scheme which guaranteed zero tax to companies who were making manufactured products for export. As a result of EU pressure, this was abolished the following year but companies who arrived before the 1981 cut-off date got a tax holiday for the following ten years.

Apple arrived just in the nick of time to avail of this tax-free holiday. A decade later the company had become so used to not paying profit tax, that it approached the Revenue Commissioners with a new scheme to ensure this continued.

Their proposed method was quite simple. Apple would use two front companies, Apple Sales International (ASI) and Apple Operations International (AOI) to funnel vast amounts of profits from its non-US sales into Ireland. Both were supposed to have joint ownership of Apple’s intellectual property with the parent company in the US – even though hardly any research was conducted in Ireland.

Apple Sales International was supposed to be organising the sales of computers manufactured by Foxconn in China to other parts of the world – even though it never took physical possession of these products. It even claimed to have sold computers made in China to other Apple companies in Asia – at ‘a substantial profit’ without them ever passing anywhere near Ireland. The whole point was to make it look like huge profits could be attributed to ASI and AOI. The figures involved were quite astounding. Between 2009 and 2012, for example, Apple Operations International had a net income of $30 billion but paid no tax to any government.  Apple Sales International took in $74 billion in sales income over four years but paid only a tiny fraction in tax.

The tax scam was organised in direct collusion with the Irish Revenue Authorities. Essentially Apple hired a tax adviser who wrote three letters, with the first sent in October 1990, proposing a scheme to avoid taxes. Within three months, the Irish Revenue Commissioners wrote back to ‘confirm that the letter from Apples tax advisor correctly reflects the method for determining profits to be allocated to the Irish branches of AOE and ASI’.  At a US Senate Inquiry, Apple was quite blatant about what happened when its tax advisor met with the Irish Revenue Commissioners because its top executives were giving evidence under oath. An official memo from Apple stated that:

“Since the early nineties, the Government of Ireland has calculated Apple’s taxable income in such a way as to produce an effective rate in low single digits… The rate has varied from year to year, but since 2003 it has been 2% or less.”

Apple returned again to the Revenue Commissioners in 2007 for a new ruling, but this time it took only two weeks to confirm “its endorsement of the method for determining the profits to be allocated to the Irish branches of ASI and AOE as explained in the letter from Apple’s tax advisor’. The purpose of the second interaction between Apple and the Revenue was to reduce even further the minuscule tax take from the company’s Irish income.

Faced with the growing scandal over the cases of Apple and Google, the Minister for Finance, Michael Noonan, announced the ending of the ‘Double Irish’ tax scam in October 2014. However, Noonan gave a two-month grace period to allow new companies incorporated in Ireland before 1st January 2015 to use the “Double Irish’ trick until 2020. Apple used this grace period to locate control of its Irish subsidiaries to Jersey.

Then in another sleight of hand, Noonan also announced a new, special reduced 6.25% tax rate on profits derived from a Knowledge Box, in other words, mainly intellectual property. This headline rate was, again, only a teaser for big corporations to look at the loopholes behind it, because Noonan also increased the capital allowances for purchasing nebulous, intangible forms of intellectual property from 80% to 100%. If an Irish subsidiary decided to fork out €50 or €100 million on purchasing a brand logo or right to use a piece of software, it could now cut its already small tax bill by this amount. It is virtually impossible to put an exact value on intangibles, particularly when purchased within the same company. So, it was almost a fool-proof way of cutting their tax bill.

This was the move that Apple had been waiting for. They simply got the newly tax resident Irish company, Apple Operations Europe to ‘purchase’ intellectual property from the Jersey based ASI. That way, the Irish based company could use the cost of buying the IP to legitimately write down its tax bill. And the lucky recipient, ASI, which had been paid for this over-priced intellectual property, would pay no tax because it was based in Jersey.  Moreover, Apple Operations Europe had to borrow from yet another Apple subsidiary and, apparently, paid a huge rate of interest to itself in Jersey. This interest charge was also used to write down its Irish taxes in an elaborate game of smoke and mirrors that produced one of the greatest tax dodges on earth.

Apple is continuing to pay virtually the same tiny rate of tax as it did before the EU Commission Ruling, even as the Irish state was pretending to make sure its tax code was fit for purpose.