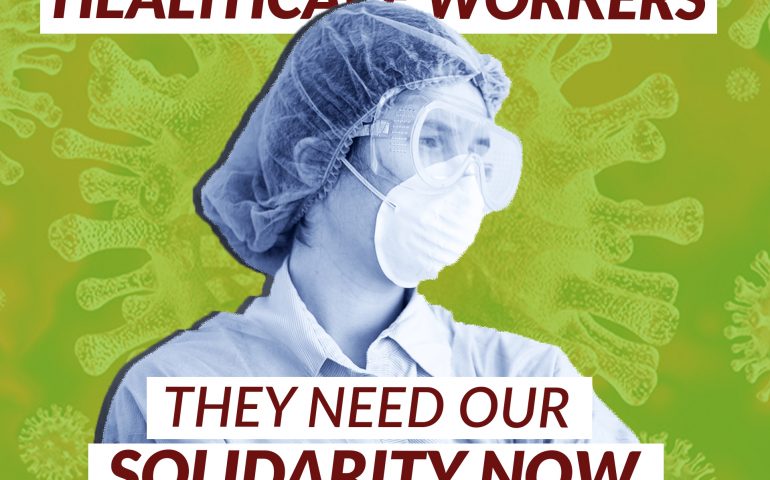 More than 120 healthcare workers were diagnosed with Covid-19 in the past week as transmission levels increase across the country, new figures show.

The general secretary of the INMO, Phil Ní Sheaghdha, has spoken out against the lack of testing, saying all staff should be tested in a hospital where a positive case is identified. She also said that the testing of close contacts falls far short too.

This spike in Covid-19 amongst healthcare workers is a very serious development.

Unfortunately, the failure of the government to implement the policies required to properly crush the virus, is now putting our heroic health workers at risk.

But it’s also created a mounting distrust in the public too, a public understandably angry about the flagrant double standards the government have displayed in their approach to Covid-19.

Incidents like Golfgate or the complete reluctance to take on the beef barons and overcrowded conditions in meat plants, stand in sharp contrast with their rules for ordinary people.

These abject failures of the government have made some people vulnerable to anti-mask rhetoric, anti-vaccine, conspiracy theories, pushed by certain sinister figures who will try to use the public anger for their own far-right agendas.

But refusing to wear a mask is not an act of defiance against the government. It is an act of harm to the healthcare workers who have already risked their own safety to keep us all safe.

We must direct our anger against this government properly -not in a way that puts other workers at risk. We should be fighting for rigorous testing, for more resources for our schools, for housing, and for a National Health Service.

This Saturday, certain figures on the far right will be trying to mobilise a crowd in the city centre to promote an anti-mask, anti-vaccine, conspiracy based agenda.

We will be gathering at a different location for a peaceful, socially distant rally to reinforce our support to our front line heroes.

Please join us to support the safety of frontline workers safety on Saturday 12th September – 1pm at The Spire.

Fines Will Not Stop Covid 19

The government’s policy on Covid 19 is a shambles. But instead of accepting blame,  they want to fine ordinary people. If you travel outside of

Get KPMG Off Our Backs

KPMG has gone to the courts to stop a protest by Debenham workers who are demanding proper redundancy payments. They want to use the full