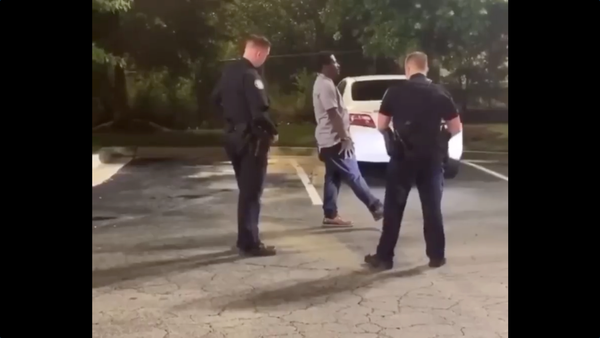 Rayshard Brooks has become the latest victim of a police murder in the USA. The incident began at a Wendy’s restaurant in Atlanta, Geogia. A staff member phoned the police to say that someone had fallen asleep at the wheel of the drive-through restaurant.

Shortly afterwards the police arrived and there was, what appeared to be a relatively calm interaction. However, when police moved to arrest Rayshard, he ran away with a police taser.

As he turned to face the police, they opened fire with deadly weapons. Later the medical examiner stated that it was a clear case of police homicide.

The police chief of Atlanta has resigned over the incident but so far the police officer involved has not been charged. Protests erupted immediately and the Wendy’s restaurant was burnt to the ground.

The police immediately issued a €10,000 dollar award for identifying those involved in the burning but have done nothing about the culprits in their own ranks.

The latest murder of Rayshard Brooks makes it starkly clear that police racism is a structural issue in the USA. It does not arise simply from ‘bad people’ but from a deep culture which permits the police to terrorise black people. This is why one of the major demands that have emerged from the Black Lives Matter protests is to ‘defund the police’, which at its’ essence means divesting money from local and state police budgets and reinvesting it into communities, mental health services, and social service programs.

The benefits of this are obvious, as there is a big connection between under-funded, deprived communities(and African American communities are disproportionately under-resourced) and incarceration. With better funding community funding and resorts, much could be done to engage young people, and outcomes could be very very different.

The cold-blooded murder of Rayshard Brooks gives a renewed urgency to the protests currently sweeping the United States. We should extend our full solidarity from Ireland, and demand that Leo Varadkar expels the US ambassador Edward F Crawford, who is Trump’s (billionaire) representative here.