Aer Lingus Workers – From Heroes To Victims Of Greed 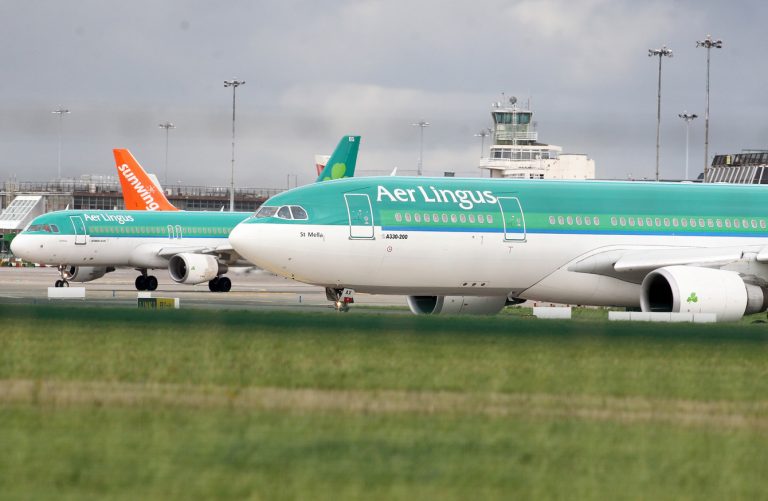 AER LINGUS WORKERS – FROM HEROES TO VICTIMS OF GREED

Aer Lingus is launching an attack on its workforce that is set to cause greater hardship. Staff in Shannon have been laid off and others have been given notice of reductions in pay of up to 30%. Part time staff can also expect a reduction in Covid-19 payments.

Aer Lingus was a national airline until it was privatised and sold off to IAG. The pretext was that it needed more money to purchase new airplanes that would expand the Atlantic fleet. Under EU rules, it was claimed that the government could not put its own money into the airline lest this be seen as ’distorting’ the market.

People Before Profit TD Bríd Smith has condemned the move by Aer Lingus to unilaterally implement cuts in pay, conditions and jobs at the airline.

The TD said the moves were: “classic bully boy tactics designed to shock and awe workers into submission” and that they must be resisted.”

She said the actions highlighted the need for current emergency legislation to be extended, in line with a recent ICTU demand for moratorium on redundancies by employers, to stop large scale layoffs during the Covid crisis. The legislation presently only stops workers seeking redundancies after four weeks.

The state is currently paying a large portion of the airlines wage bill under the Wage Subsidy Scheme and the Government should demand the airline stop its present plans.

What is occurring now is the full consequences of privatisation. The company is using the opportunity of Covid-19 to ‘restructure’ its operations by reducing staff payments.

Yet these are the same staff who repatriated thousands of Irish, English, European and American citizens while exposing themselves and families to the risk of contracting Covid-19.

Aer Lingus are not the only company within the airport complex who have been affected by Covid-19. Indeed, Dublin Airport Authority  revenues have been decimated but they have, so far, adopted a different approach to Aer Lingus.

The suggestion that the company is on the brink of collapse is disingenuous because there are massive cash reserves in both Aer Lingus and Its parent company I.A.G. It would appear the company is willing to impoverish it staff to bolster its profits.

In a disgraceful move, SIPTU refused to ballot its members on the cost cutting measures, citing the difficulties of Covid-19. FORSA, however, wanted to ballot but were told by Aer Liongus management that if they waited even a few days for the results, pay cuts would be worse.

This is pure intimidation – and SIPTU should be ashamed for collaborating with it.

The real answer to this crisis is the re-nationalisation of Aer Lingus. We need a  national airline that is not subject to the greed for profit. The workers who did so well during the Covid-19 crisis deserve nothing less.