A Golden Circle That Lobbies For Big Business 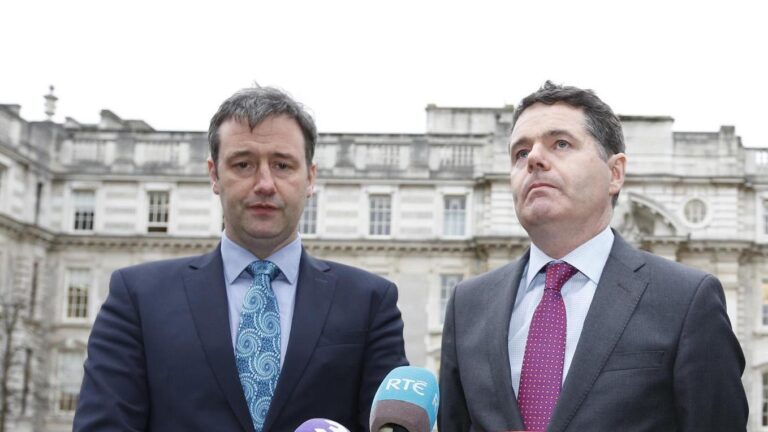 The Journal.ie is running a major investigation into Ireland’s lobby industry. A golden circle exists to support big business interests and it radiates out from the very people who sit at the heart of government.

The three party leaders – Martin, Varadkar, and Ryan – have 22 special advisers between them. Government Ministers also employ these advisers who are on fat salaries, being paid over 100,000 euros a year.

Once they finish their contracts many go on to work for big business and lobby the political elite, sometimes the very people they were ‘advising’.

Ed Brophy is a former chief of staff to Finance Minister Paschal Donohoe and to Labour’s Joan Burton when she was Tánaiste. While Burton was cutting lone parents’ allowances it was agreed that pay caps be broken to pay Mr. Brophy €144,550.

Brophy is currently head of public policy at the union-busting firm Amazon. In the past he has lobbied has on behalf of property development companies, energy companies, and newspaper groups.

The Journal has identified 62 former ‘special advisors’ involved in lobbying. Some are lobbying the very government departments they once worked for.

Lorraine Hall, for example, worked as a special adviser to the then-Minister for Arts, Heritage, and the Gaeltacht Heather Humphries from July 2014 to May 2016. Following this, she worked for Drinks Ireland for a number of years, during which she lobbied her former boss. She is now a Fine Gael Dun Laoghaire councillor.

It is not just special advisers who lobby on behalf of business. Fine Gael Junior Minister, Michael D’Arcy was the former minister of state in the Department of Finance. He went on to become chief executive of the Irish Association of Investment Managers (IAIM)

Other Fine Gael and Fianna Fáilers go on to establish lobbying companies. The former Waterford Fine Gael TD, Paudie Coffey, has set up his own lobbying company with a former special advisor, Paul Fox.

When the government boasts that ‘Ireland is open for Business’, they mean this literally. A golden circle has been built to guarantee corporate influence.

A Left government will need to break it.