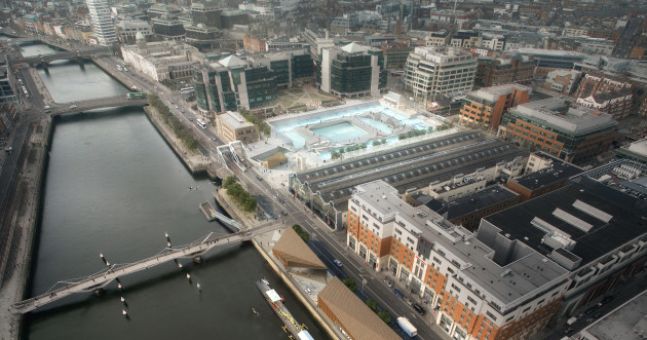 Two different votes at night’s Dublin City Council meeting laid bare the sharp divide in this country. A motion to rescind the O’Devaney Gardens sale to a private developer was voted down. Labour, the Social Democrats and the Green Party voted again with Fianna Fáil and Fine Gael to sell off one of the biggest tracts of public land in Dublin to Bartra Capital. Earlier that evening, the same Councillors with few exceptions voted in favour of a proposed white water rafting facility on George’s Dock. The projected cost of this development is €22 million.

The O’Devaney vote also exposes the lies of the so-called “centre left” parties. These parties claimed that the initial deal would see some of the housing built by Bartra Capital being sold to an Approved Housing Body for cost rental. This would have still been a rotten deal involving the sell-off of most of the O’Devaney site, but it is now clear that even the cost rental houses will not be funded.

Some of these Councillors tried to excuse their own capitulation by saying they had been given the wrong information on the deal. However, last night’s vote was an opportunity to reverse their decision. Amid calls from community groups, housing activists and people in housing distress to save O’Devaney Gardens, they have proved themselves to be no better than the neoliberals they claimed to oppose during the last local elections.

As if this weren’t bad enough, the council also voted for an outrageous proposal to build a white water rafting development next to the IFSC. This was costed initially at €12 million but now it the figure being given is over €22 million.

While spending on sports facilities is not in and of itself a bad thing, this proposal has all the qualities of a vanity project that will be used to serve up joyous entertainment to the rich. It is also hardly likely that these facilities will be available free of charge to working class children of the inner city once they are completed. Meanwhile, people down the road are still fighting to save Markievicz Pool, a facility used by many inner city working class people which is under threat of closure.

The priorities of the council management are clear: They want a playground for the rich and they don’t care how many bodies the elites have to step over on their way. They have the backing of the Fianna Fáil-Fine Gael partnership as well as the so-called centre left. The Left Councillors opposing them are in a minority.

We need feet on the street if anything is to change. Only a mass movement like we had on Repeal and the water charges can present the kind of serious challenge to the establishment we need to stop the fire sale of our city.