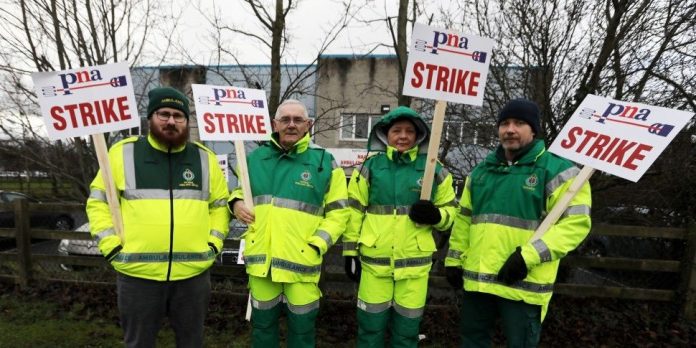 THE RIGHT TO JOIN A UNION OF YOUR CHOICE

Ambulance drivers who are members of NASRA, a wing of the PNA, are taking strike action on Friday over their right to join a union of their choice.

In the past the ambulance drivers were members of SIPTU but they discovered that this union was too close to the HSE management to represent their interests properly. SIPTU is effectively controlled by the Labour Party and are often unwilling to challenge the government – except when they face a major push from below.

Health workers are subject to major attacks by the bureaucrats who run the HSE. Pay allowances have been cut and conditions changed -while their union leaders stood idly by.
The latest attack on workers rights come from a decision of the HSE to extend a recruitment embargo to make up for the waste of money that has been spent on the National Children’s Hospital. This could have been built for for a far cheaper cost.
Every worker should have a right to join a union – that is part of the ‘freedom of association’ provision of the Irish constitution.

But when a major group of workers want to collectively bargain through their own chosen representatives – their union should be recognised for bargaining purposes.

That is a basic right – and anything else is a form of state control which should not be tolerated.

People Before Profit are standing firm with the ambulance drivers – and the right of all workers to be represented by a union of their choice.