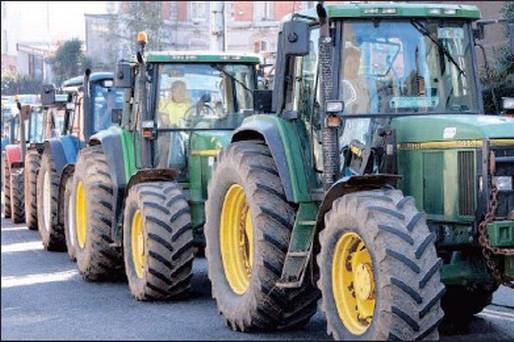 People Before Profit are in full support of farmers protesting in Dublin today. The political establishment have made their disdain for struggling farmers clear. They have proven themselves to be utterly apathetic regarding the rapid decline of rural Ireland. Only by taking to the streets and the picket lines in vast numbers can they be forced to listen.

The protests of beef farmers have laid bare the staggering inequality in the agricultural sector. Farmers face increasing challenges with falling incomes, higher costs, increased regulations, unpredictable weather, isolation and long working hours. This has undoubtedly contributed to the hardship of smaller producers, but their primary challenge is the vice-like grip of the major processors and supermarkets.

Despite their rhetoric about looking after small farmers, it is clear from their actions that the Fine Gael-Fianna Fáil alliance are only concerned with the welfare of Agri tycoons like the tax dodger Larry Goodman. Their support for major agri-businesses means the squeeze is continually put on small farmers who are now finding it nigh on impossible to live off the land. There has also been a cynical effort to pit small farmers against workers in the processing factories who are also struggling with low wages and insecure work.

All of this has gone hand in hand with the cutting of rural public services like post offices and public transport, contributing to increases in poverty, isolation and emigration.

People Before Profit believe that farmers should be given the respect and support they deserve as custodians of the land. We want to fight alongside small and medium farmers to ensure that:

People Before Profit are also in favour of breaking up the major Agri corporations and bringing them into public ownership. This will do away with the insatiable drive for profits, ensure that agriculture is made sustainable, and ensure farmers can make a decent living from the land.

Fundamentally, the great divide in Irish society is not between the cities and rural Ireland or between farmers and workers in towns and cities. The divide is between ordinary struggling people and the ultra-wealthy who are hoarding our society’s wealth – be it agricultural profits in rural Ireland or housing stock in the cities.

If we can unite, we can defeat them and win a better society for all.