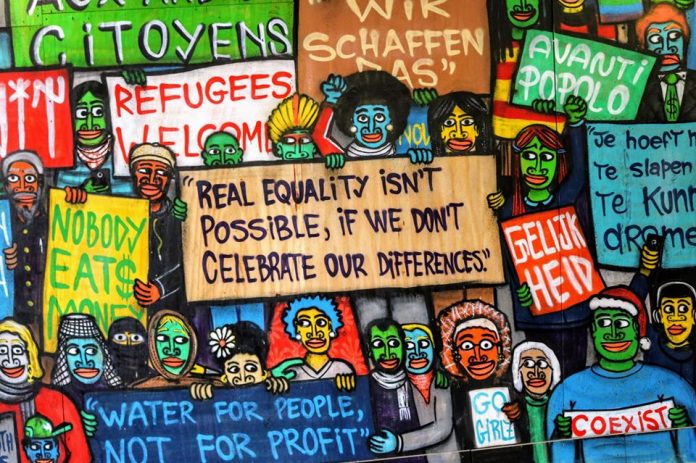 On Saturday 14th December, there will be an important anti-racist mobilisation. It takes place at 1pm outside Leinster House.

Billed as a Rally for Peace on Earth-Against the Politics of Hatred, it brings together a host of organisations, including unions like the Irish Nurses and Midwives Organisation, the Union of Students in Ireland and a host of local anti-racist networks.

There will be buses from Galway and Cork to join the mobilisation.

Over the past few months, a number of fringe far right groupings have become more energised after they managed to stage protests against the presence of asylum seekers in their areas. They know that Ireland is one of the few countries in Europe where the far right has no substantial base and think they can change this by playing on fears. This is why they have planned a Freedom for Hate Speech rally at the Dail at same time as the Peace on Earth event.

It is high time that we showed the real face of modern multi-cultural Ireland.

Under the guise of wanting ‘free speech’ these far right bigots want to spread hatred against migrants. While they verbally abuse people of colour, Muslims or anyone without Irish accent, this emboldens their supporters to physically attack and abuse the targets of this hatred. This is totally unacceptable.

Anyone with the slightest knowledge of history, knows that when the far right build a base through hatred and fear, the only ‘free speech’ they allow is one that deflects attention from their rich backers and turns social anger against other working people.

The Rally for Peace on Earth -Against the Politics of Hatred is a good example of unity against racism. We urge members and supporters to get there.