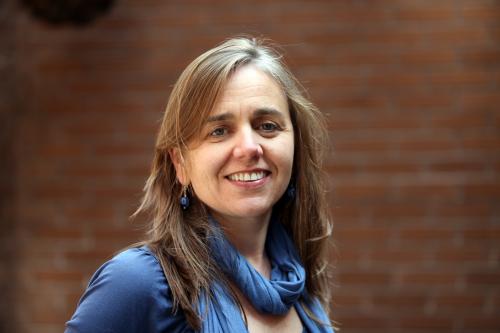 People Before Profit call for new beginning, genuine transparency and public control of the harbour and development of Water Sports and Diaspora Centres

In a statement this morning, Cllr Melisa Halpin (People Before Profit, Dún Laoghaire) announced that a special meeting of the full Dún Laoghaire Rathdown County Council will take place this evening to discuss the future of Dún Laoghaire Harbour.

Cllr Melisa Halpin called the special meeting of the Council with the support of four other councillors in line with the legislation.

Dún Laoghaire Harbour was transferred into the ownership of the Council on 3 October 2018 after years of campaigning by Save Our Seafront, People Before Profit and other local groups to get rid of the Harbour Company and develop the Harbour as a public amenity and in the interests of the people and the town.

The special meeting tonight will be the first comprehensive discussion among the elected councillors that has taken place on the Harbour since the Harbour Company was dissolved and the harbour was transferred to Dún Laoghaire Rathdown County Council.  People Before Profit believe this meeting must be the beginning of an open, democratic and inclusive approach to planning for the future of the Harbour and the town and the first step towards the development of public amenities long demanded by the local community such as a Municipal Water Sports Centre and a Diaspora & Heritage Centre on the Carlisle Pier.

Cllr Melisa Halpin said:  “The old Harbour Company ran down the harbour, endlessly wasted its own resources and those of the Council on madcap plans that no one wanted such as the failed floating pool and cruise berth projects and a “masterplan” that proposed the sale of sections of the harbour.

“The takeover of the Harbour by the Council is an enormous victory for people power and for years of campaigning by Save Our Seafront, People Before Profit and the local community who demanded that the harbour should be brought under genuine democratic and public control.

“This is a turning point for the town and, of course, the Harbour itself.  We have campaigned for years to see the development of the Harbour in the interests of the people and the Town of Dún Laoghaire.  We want to see a Municipal Water Sports Centre which will give a state of the art home to all the smaller clubs in the harbour, will give access for all to learn to sail, row, kayack etc. We want to see the culture and heritage of this unique harbour celebrated in particular with the establishment of a Diaspora and Heritage Museum.  We want the water edge opened up to the public.  Our harbour is not for sale. Investment in this is about investing in the future of our county town and will benefit the people of the whole county.

“The Harbour Company was a disgrace, unaccountable and operated under a veil of secrecy while it wasted public money on madcap plans such as the floating pool, the berth for giant cruise ships and even planned at one point to sell whole sections of this unique part of our culture and heritage! This undemocratic and unaccountable regime means that a year after the takeover we still have no clarity on the accounts.

“Tonight we will be proposing a special committee of elected councillors be established and a proper process of robust public consultation with stakeholders and the community.  We will be demanding immediate publication of the accounts in line with legislation.  Crucially, we will also be demanding a clear commitment and a concrete timeline towards the achievement of the long demanded Municipal Water Sports and Diaspora centres.”