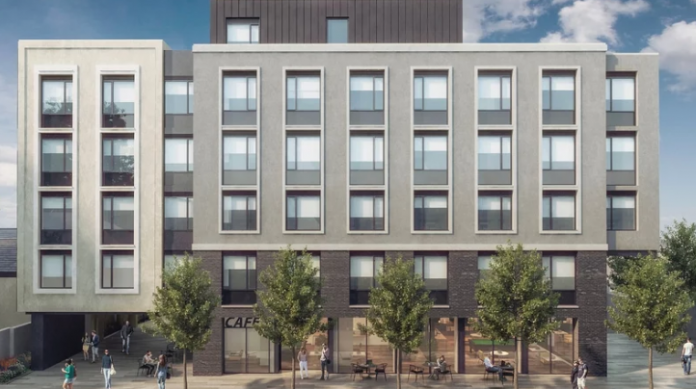 “Bartra development is not about solving housing crisis but exploiting it for profit”, says People Before Profit TD

In a statement this afternoon, Richard Boyd Barrett, People Before Profit TD for Dún Laoghaire, condemned as “shocking and disgraceful” the decision by An Bord Pleanála to grant permission to Bartra developers for 208 “co-living” homes on Marine Road.

The TD said that “this development is not about solving the housing crisis but exploiting it for profit”.

The co-living units will be 16 sq metre “box rooms with a fold out bed” and will call in rents in the region of €1300, or more, per month. This planning application is the first of this kind to get permission here in Ireland.

These types of developments have been described by Housing Minister, Eoghan Murphy, as “very trendy boutique hotels” and an “exciting choice” for young people.

Richard Boyd Barrett TD said: “I am utterly disgusted that this development has been given the go ahead by An Bord Pleanala.  This application is for nothing more than modern tenements and an excuse for Bartra to maximise the profits at this prime site in central Dún Laoghaire.

“The planning permission was sought by Bartra under the contentious Strategic Housing Development (SHD) legislation that is currently under review. In fact, last week I made a submission to the SHD review calling for the scheme to be scrapped on the grounds that it was contributing nothing to addressing the housing crisis but was simply a means for developers to bypass the normal planning process in pursuit of profit. This legislation was supposedly enacted to tackle the housing crisis.  These box rooms with pull out beds will have zero impact on the housing crisis and will only mean more unaffordable, inadequate places to sleep for people.

“Inevitably the box rooms will become modern day tenements and the only people to benefit will be the greedy developers who are only interested in exploiting the housing crisis rather than solving it.

“What we need in central Dún Laoghaire is decent quality, affordable and public homes for those currently paying extortionate rents and those on the waiting lists.”