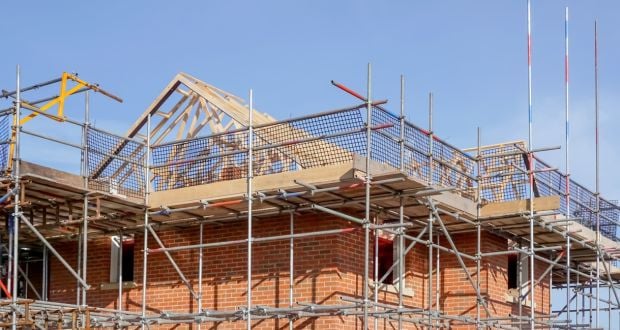 Richard Boyd Barrett TD: “SHD legislation has failed in its principal remit to reverse the housing crisis and must be amended radically”

Richard Boyd Barrett, People Before Profit TD for Dún Laoghaire, has lodged a submission with the Review of the Strategic Housing Development Legislation with the Department of Housing.

The TD said that the SHD legislation had failed in its principal remit- to reverse the ever worsening housing and homelessness crisis.

In the submission the TD noted that ‘numbers of people homeless have risen from 7,000 in Jan 2017 to over 10,000 today. Rents and house prices have soared out of control and economic evictions continue leaving many families and individuals in precarious substandard accommodation, hotel rooms, emergency accommodation or overcrowded conditions… 64% of income earners in this country earn the average industrial wage or less and approximately 75% of earners would be unable to afford a home based on average national house prices; and there is no point in facilitating large scale housing developments that are unaffordable for the majority of income earners.’

In the submission the TD proposes: ’large numbers of affordable and social homes are needed across the country, in particular in the cities and affordability must be affordable to those on average and low incomes.’

He pointed out that in his constituency of Dún Laoghiare the SHD has not provided a single home and that there is no prospect of it providing any affordable homes under the current system.

In the submission, Deputy Boyd Barrett pointed to a number of examples from his area where ‘planned SHD’s are often in breach of the County Development Plans and in some cases the Local Area Plans, completely undermining the democratic process of planning and making the role of local councillors and planners redundant.’

The examples he cites in the submission are:

Speaking on the submission, Richard Boyd Barrett TD said: “Unfortunately it is now clear that the Strategic Housing Development legislation has failed in what it was set up to do- namely provide affordable rental and affordable purchase accommodation on scale for those affected by the housing and homelessness crisis.

“Disgracefully, the SHD regime is being used to pursue outrageous proposals like the co-living box rooms with fold out beds which has been proposed on Eblana Ave in Dún Laoghaire.

“It is simply unacceptable that SHD fast-track planning is being used primarily to make money for developers who are building housing that is totally unaffordable for ordinary people and is contributing nothing to addressing the current housing crisis.

“Put simply, building accommodation that is too expensive for low and average income earners is pointless – in fact it actually contributes to the housing crisis by driving up prices and rents.

“Instead of facilitating developers who simply wish to profit from the current crisis, the state needs to directly provide social and affordable housing itself.

“In so far as the SHD process is continued, it should be strictly limited to housing proposals which include a majority of social and affordable accommodation and where there is no segregation of this accommodation from the market value homes.

“Many developers are practising housing apartheid despite all the government’s claimed commitment to social mix – this has to stop.”