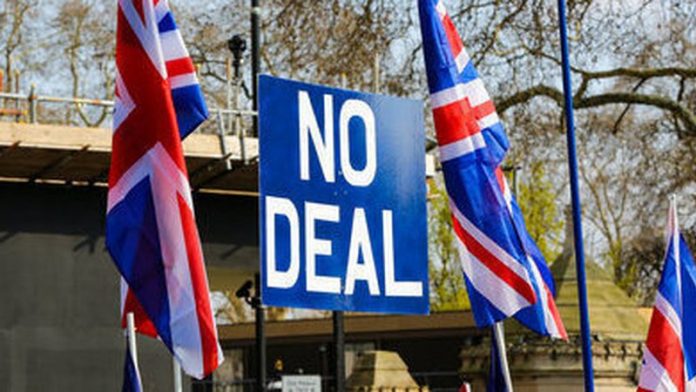 People Before Profit TD Richard Boyd Barrett has said that the government must not use a no deal Brexit as an excuse for imposing new austerity on the people of this county.

He said the government must outline their plans for a no-deal Brexit in advance of a crash out on October 31.

The TD said that the government must brief the Dáil without delay as to the plans they are devising regarding checks on or near to the border.

The TD said that the government should be looking to increase people’s income to insulate ordinary working people against a no- deal Brexit.

“We absolutely reject the idea that a no deal Brexit should be used to impose fresh austerity on working people and we want the government to clearly rule this out.

“Paschal Donohoe’s apparent plan for an austerity budget in the event of no-deal is the wrong approach. Increasing people’s incomes is the best way to insulate ordinary working people against a no-deal Brexit.

“We would also demand that the government insists that the EU does not follow through on tariffs on goods from the North which would have a disastrous effect on the economy.

“The government must outline if there will be delays in food supplies and medicines if there is no-deal.

“People Before Profit are demanding that the government outline their plans in the event of a no deal crash out Brexit to the Dáil. Leo Varadkar, Simon Coveney and the government as a whole have been almost silent on what arrangements they are making if there is a crash out and, in particular what will happen on the border, aside from Minister Shane Ross’ slip that there will be checks somewhere.

“Boris Johnson has been pressured into conveying the details of communications around Operation Yellow Hammer.  We are demanding that the government stop their drip, drip tactic and come clean with the Dáil and the people of this country as to what a no deal scenario would look like on the ground for ordinary people and at the border. Are the government and the EU planning checks on the border, or away from the border? What form will these checks take?

“The Taoiseach must come into the Dáil and make a statement on the particular arrangements that the government are planning for and stop their stonewalling of the opposition on this crucial matter which is facing this island.”