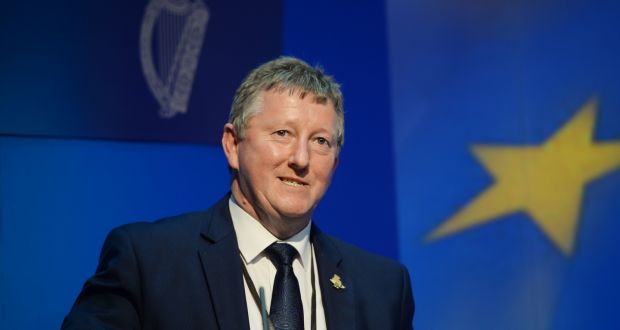 Bríd Smith has condemned government moves to yet again block a People Before Profit Bill that seeks to stop oil and gas exploration in Ireland.

Speaking after Minister Canney and the Ceann Comhairle had agreed that the bill requires a “money message”, Bríd Smith TD, the proposer of the bill said: “The most recent attempt by this government to stall and scupper this bill exposes in the clearest possible terms their utter hypocrisy on climate action.

The Dáil select committee was due to debate the bill on June 11th.

The TD said that the government and the fossil fuel industry are terrified of the bill becoming law and that intense lobbying has now resulted in this latest “trick” used by Minister Canney.

The government are now claiming that the bill has a cost implication and as such requires what is known as a “money message”. If the minister does not issue such a message the Bill cannot proceed.

The TD pointed out that this argument was never raised before even though the Bill has undergone two committee hearings and had two Dáil votes in support of it.

She also disputed whether a money message was required and said that only two existing licenses could be identified as possibly raising an issue of compensation for companies affected.

“The committee stage can deal with any such issue, although I would dispute the case made by the Minister. This should not prevent the will of the Dáil or allow the people being usurped yet again in a cynical procedural trick. It is particularly outrageous following last week’s huge vote for climate action at local and European level.”

“The government has shown itself to be merely concerned with climate PR and greenwashing rather than taking radical and affirmative action on the ever more urgent climate crisis and the desperate need for CO2 reduction.

“The central demand of the Students Strike 4 Climate, Extinction Rebellion, Not Here Not Anywhere climate scientists and the wider climate movement is to keep fossil fuels in the ground.

“The arguments that this bill will do nothing for emissions, or our national energy security have been debunked, now the government are reverting to pure procedural trickery to stop the kind of action the globe needs to stop catastrophic climate change. Our planet is endangered and will continue to be with Ministers and a Government like this,” she added.

The TD has called for a protest outside the Dáil on Thursday .