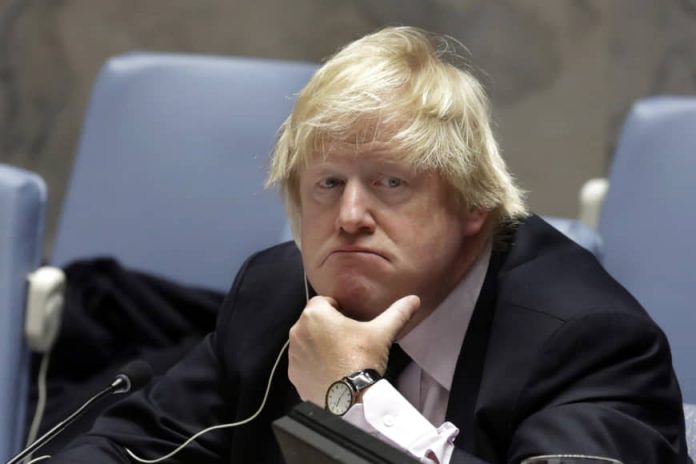 Boris Johnson, the British Prime Minister, has struck a blow against democracy. He has closed the House of Commons because he wants a No deal Brexit.

In August, he received a visit from John Bolton, Trump’s national security advisor who promised quick access to sectoral trade deals with the US if he carried through his break with the EU by October 31st.

With only a one seat majority, Johnson’s strategy is to ram through a No deal Brexit, forge a right wing alliance with Trump and whip up racism and empire nostalgia as a cover for new attacks on workers’ rights.

The only way to oppose this coup is through massive street protests. Union leaders who have condemned Johnson’s move should be calling for strike action to drive him from office.

This offers a far clearer strategy than Corbyn aligning with the Liberal Party in a broad ‘popular front’. The Liberals were the Tories former allies and are totally opposed to Corbyn becoming Prime Minister.

Johnson’s coup represents a direct threat to people in Ireland.

The North voted decisively against Brexit yet their concerns have been cast aside. A No Deal Brexit will lead to the rapid erection of border posts. Whether the Johnson or the Southern government – under pressure from the EU -start this is irrelevant. It will lead to tit for tat moves that will harden the Irish border.

The Dail needs to be re-called and a clear call should be issued for popular mobilisations to prevent any attempt by Johnson to impose a hard border.

But we need to go one step further. As the institutions of the British state are in crisis, there are already clear moves to call another referendum on Scottish independence. This time, it is highly likely to win.

The Irish government needs to change tack immediately and make its own call for a border poll to allow people the possibility to end partition.