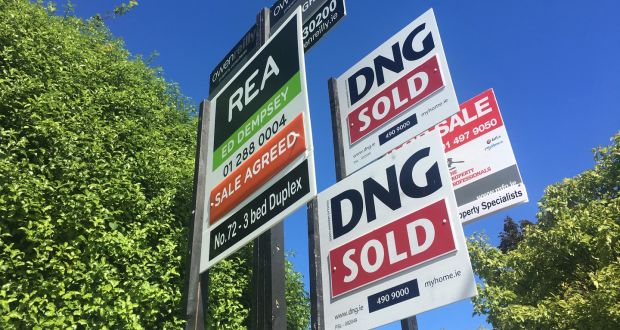 People Before Profit TD Richard Boyd Barrett has said that the IMF report ‘Global Financial Stability Report’ has shown once again that the government’s housing policy is a total failure.

The IMF report showed that Dublin has experienced one of the largest leaps in house prices in the last five years.

He said: “The government’s mantra of supply, supply is nonsense. The supply of unaffordable housing by a profit driven private sector- even if that supply is significantly increased- will do nothing to address the housing crisis because it will not provide the affordable and public housing we desperately need.

“Prior to the crash in 2008 we had enormous supply from the private sector of 70-90,000 units per year and prices continued to soar to unaffordable levels.

“There is simply no point in building unaffordable housing. It is also utterly disgraceful that NAMA is facilitating the construction of houses at unaffordable prices.

“The government keep going on about limited building capacity as an excuse for their failure to deliver housing on scale. For precisely this reason there is no point in that limited capacity being used to develop housing that is unaffordable.

“All energy, capacity and resources now must be turned to the provision of public and affordable housing without delay.

“Building capacity which is limited must be directed completely to the provision and construction of public and affordable housing.”