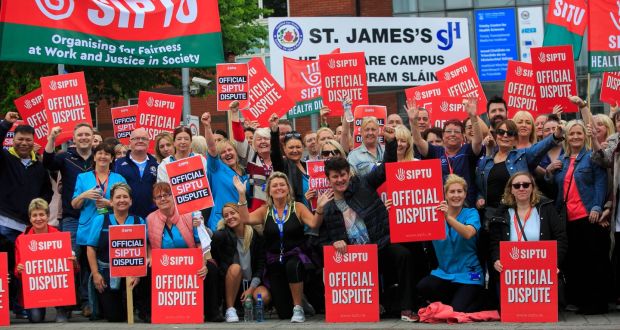 Members of SIPTU across a number of grades in the health sector, including hospital porters, healthcare assistants, cleaners and home helps, are balloting on a Labour Court Recommendation in relation to their pay. The staff involved and are some of the lowest paid in the health services.

This recommendation arose after a campaign, which included strike action, to have the outcome of a job evaluation exercise implemented. While the HSE and the government wanted to pay the increases due in 2021 they have now been forced to agree to start paying in September 2019. This clearly show that strike action pays off. The government has been forced to shift its position.

The Recommendation does three things:For workers who had their job evaluation completed in October 2018, about 6,400, increases will be paid in September 2019. These range from 6 to 13%. Forcing the government to agree to pay before 2021 is a clear gain for these workers;

While many low paid workers in the health sector will welcome the fact that they will get their increase in September there are a number of problems with the recommendation.