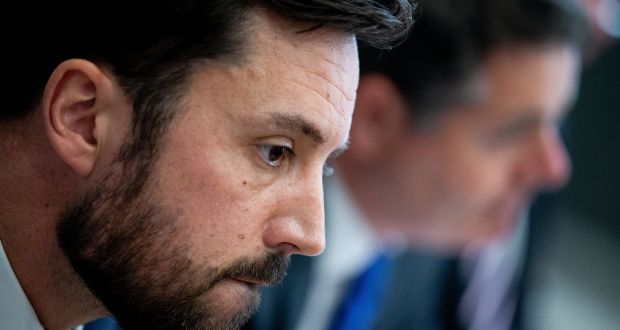 Only a dramatic expansion of public and affordable housing provision, a ban on evictions for reasons of sale, genuine rent controls and an end to sale of public land will resolve crisis

In a statement, in advance of tonight’s Dáil ‘no confidence’ motion in Housing Minister, Eoghan Murphy, People Before Profit TD Richard Boyd Barrett has accused the Fine Gael government of being in “total denial” about what he described as the “abysmal and complete failure of the governments market-led housing and homelessness policy”.

Deputy Boyd Barrett who has been a consistent critic of the government’s housing policies since he entered the Dáil in 2011, said the fundamental cause of the housing crisis “is not, as some are insisting, the governments failure to meet its own targets but rather the targets themselves and the governments plans and policies because they are overwhelmingly reliant on delivering public and affordable housing from a profit driven private sector.”

The TD for Dún Laoghaire pointed out that of the 137,000 social housing target in Rebuilding Ireland, the government hoped to source 87,000 from private developers and landlords via HAP and RAS.

He said reliance on HAPS ensured a huge number of social tenants are constantly vulnerable to eviction and it was also driving up rents in the private rental sector.

Deputy Boyd Barrett said the government policy of disposing of public land to private developers in PPP’s as “making a bad situation worse”, guaranteeing that rents and prices would remain unaffordable and costing the state fortune in funds that could be used to directly build public housing.

Deputy Boyd Barrett described as completely “false and dishonest” that government’s claims that the opposition are not putting forward alternative proposals.

Deputy Boyd Barrett pointed out that he had personally put forward a number of bills and motions with proposed solutions to the housing crisis which were opposed by the government, “including a motion on behalf of the Raise the Roof campaign, to coincide with a major national demonstration in October 2018.

Deputy Boyd Barrett pointed out that People Before Profit and Solidarity had put forward a Right to Housing Bill, an Anti-Eviction Bill and a motion dealing with the property speculator, land hoarding and the use of public land.

Deputy Boyd Barrett further pointed out that People Before Profit had weeks ago, prior to the Social Democrats no confidence motion, sought a debate on “solutions to the housing crisis”, which will take place this Thursday, but which might well be ignored by the media because it lacked the “political blood sport drama” of a no confidence motion.

Richard Boyd Barrett TD said: “The reason the housing and homelessness crisis continues to worsen is not because the government “need time as it constantly claims”, it is because the policy itself is driving the crisis.

“Asking the profit driven private developer and landlord sector to solve the housing crisis is like asking the fox to guard the hen-house.

“The corporate landlord sector and vulture funds, to which the government have handed control of the property sector, cannot and will not solve this crisis because the current situation suits them- they are making record profits.

“The only way this crisis can be resolved is if is the government directly builds a minimum of 20,000 public and affordable houses per year; stops the sell-off of public land, bans evictions on the grounds of sale and implements genuine rents controls.

“Nothing else will even begin to scratch the surface of this crisis”.