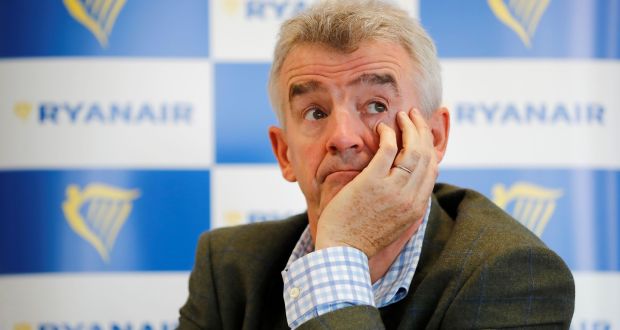 Gillian Brien, the People Before Profit candidate for Dublin in the forthcoming European Elections, said the bonuses for Michael O’Leary which are due to be paid out are “obscene” and “are in marked contrast to the wage that many young people get paid today.”

She said: “Ryanair boss Michael O’Leary is due to receive a staggering €100 million bonus if he increases company profits over the next five years.

“O’Leary will pick up the reward if profits hit €2 billion or if the share price hits €21 a share. Eleven other non-executive directors are due a bonus of €500,000 each.

“These are obscene hand-outs and are in marked contrast to the wage that many young workers get paid today.

“After the Celtic Tiger crash, employers set out deliberately to cut wages and then hold them down. Today many young people earn a wage of about €25,000 for a year.

“If they could live forever, it would take them 4,000 years to earn O’Leary’s bonus.

“It is time to clamp down on this greed. We need a legal maximum income that nobody can earn over. We also need strong unions that fight to make real wage gains for those who create Ryanair’s profits – its workforce.”