Protest also to take place in Cork on September 17, at 2.00pm Grande Parade.

The Cost of Living Coalition today called on the public to turn out in huge numbers on September 24th to send a clear message to the government that radical action is needed on the cost of living and housing crisis. The Coalition is holding a major pre-budget protest on September 24th, assembling at 2.30 at Parnell Sq. It is also holding a protest in Cork on September 17th at 2.00pm on Grande Parade. The Coalition says we need a movement like the Water Charges Campaign to put real pressure on the government.

Richard Boyd Barrett TD of People Before Profit and Convenor of the COLC said:

“70 percent of people say they are struggling to make ends meet. The same number do not believe the government is doing all it can to improve the situation. They want radical action to protect their standard of living. We need price and rent controls, an end to profiteering and to nationalise the energy system to meet people’s needs. We need huge numbers on the street to send a clear message to the government that radical measures are necessary to deal with the cost of living and housing crisis”.

“The Irish Senior Citizens Parliament are calling for direct targeted action to those most in need in the upcoming budget. We need this budget to reflect the Government’s understanding of how harsh the coming winter months will be and ensure that there will not be ‘token gestures’ when it comes to supports and increases. While ‘one off’ payments will help they are far from the only measure needed.

We ask that all older people come and join us on the 24th  September and remind this Government in no uncertain terms that older people are no longer able to survive on the current pension and expect this to be dealt with.”

“I would encourage people to join the march to send a clear message to Government that they need to do more to address the cost of living crisis. Prices continue to soar and we know that many households are really struggling to make ends meet. As we face into the winter months, families and workers need to know they have adequate and accessible supports, should they need them. We need to see action to address the cost of living crisis and we need it now. We are calling on the Government to take urgent action to support families and workers”.

“While the national focus on the cost-of-living crisis is relatively new, it has been a decades-long issue for students. Between having the highest third level fees in the EU, the shocking cost of accommodation – where it can be found – and the rising costs of every day necessities like food and electricity, many students are living with serious financial hardship. USI will be there in numbers on September 24th and we urge as many students as possible to join the protest to call for a budget that reduces the cost-of-living and invests properly in supporting students financially.”

‘Workers already weighed down by housing and rent costs, then food price hikes, are being smashed by gigantic price rises for fuel and energy. The Irish Congress of Trade Unions has called for urgent and adequate measures to meet this crisis. The Dublin Council of Trade Unions supports this, calls for a living wage for all workers, and urges everyone to attend the Cost of Living Coalition march in Dublin on 24th September.’

Jennifer Whitmore TD of the Social Democrats said“The cost-of-living crisis has spiralled out of control under this government. They have refused to introduce measures that would have provided workers and families with some relief. Ireland is a rich country. Nobody should have choosing between feeding their family or heating their home. We need to see comprehensive measures introduced in the budget that will meaningfully address this crisis before it gets even worse.”

“The majority of single parents across Ireland were always in financial crisis, even in the so -called good times. We are feeling it even more now and many people across Ireland who have never known such poverty are in a similar situation.

SPARK is calling on all who are affected to join the demonstration on September 24th. Only through social solidarity, marching together and having a unified voice will we have the impact required to begin to create the change needed to reduce the suffering of so many this winter and beyond.”

“As we come into “Budget 2023” season, we must not forget that disabled people have faced a cost-of-living crisis for decades. For people with intellectual disabilities, the extra costs (on top of regular living costs) range between €9000 and €13,000 per year.

These costs include having to pay for therapies privately, housing adaptations, transport and many other hidden expenses which make life liveable. Nine months later, we still wait for the implementation plan while people’s lives are on hold. In Ireland, disabled people are five times more likely to exist in poverty than non-disabled people. This absolutely must be recognised by the state.

“UCD Students’ Union urges students and young people to join the Cost of Living Crisis Protest on September 24th. Government inaction and the overall lack of political will to tackle this crisis is having adverse impacts on students across the country, but we know that these impacts are equally felt by workers, families, pensioners, people with disabilities, and more. We stand in solidarity with these groups— it’s vital that we stand together ahead of the Budget to demonstrate to the Government that we’ve had enough.” 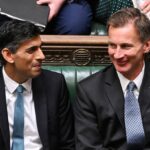