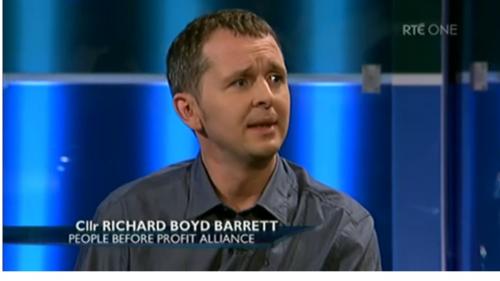 Solidarity-People Before Profit have written to the Dáil Business Committee which deals with the scheduling of parliamentary business asking for a debate on the Climate Emergency a head of the Global Climate Strike on September 20th.

The group said that it was important that the Dáil have a change to debate the issue concerning the ever worsening climate crisis before the international strike next Friday.

“We have written to the Dáil Business Committee looking for a debate next week when the Dáil returns on the climate crisis a head of the Global Strike for Climate next Friday.

“It is vitally important that elected members of the Dáil have a chance to debate the issues facing Ireland and the globe regarding the climate crisis which is the most serious issue facing the planet. Global temperatures are rising and Ireland has long been regarded as a laggard in our response to this ever worsening crisis. Elected representatives need an opportunity to debate Ireland’s response to climate change and in particular the governments Climate Action Plan that, we feel, is deeply flawed and will not bring down emissions anywhere near to the goals we have been set.

“We hope that the government will agree to schedule a debate next week in the run up to the Global Strike.

“The Global Strike is extremely significant and we would urge everyone to participate in it next Friday.”