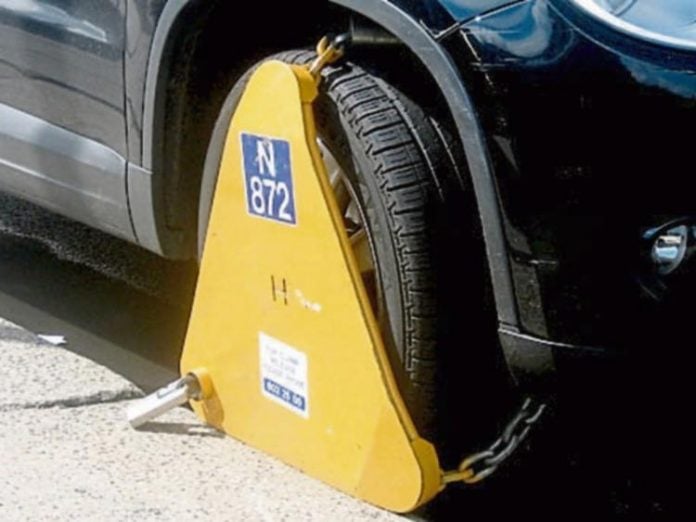 Following a lot of controversy surrounding what many feel is incessant and excessive clamping in Carlow town, Adrienne Wallace, the local and European election candidate for People Before Profit in Carlow has called for an end to profit based clamping operators.
Ms. Wallace said ‘the recent spate of clamping in Carlow town is allowing private clamping companies send the wrong message about our town. There is a serious risk that they will drive people away from spending time here- we need someone to stand up to private enterprises and start putting the town first. In early February a number of people were clamped in the old L&N car park, despite the lack of adequate signage. Later more people were clamped in a private car park while attending mass and again last week shoppers who popped across the road for a coffee where clamped despite shopping in this car park’s center first.’
Ms. Wallace added that, ‘this amounts to an actively aggressive procedure of clamping and its all done in the name of private profits. There needs to be a serious look at how clamping is conducted. The council should be the operators of these services, that way we remove this aggressive and greedy approach and clamping will only be rolled out on a needs-must basis. On top of that, any money collected can go back into public funds and help us develop our roads and lighting.’
Join People Before Profit

Online Public Meeting On The Crisis In The Farming Community

Government Must Do More To Protect Vulnerable Workers

Tension In Greens -Just Stay Out Of Coalition With FF And...